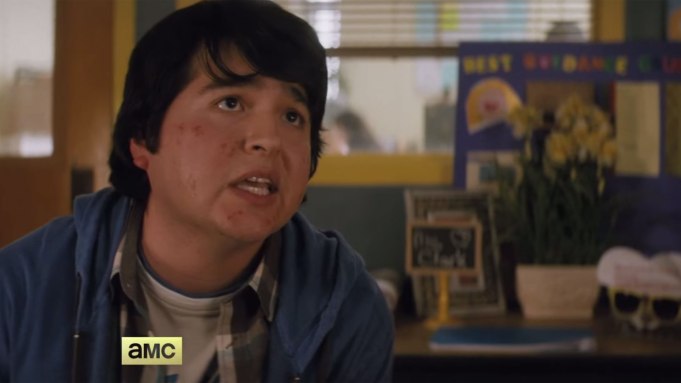 As “Fear the Walking Dead” shuffles ever closer to our screens, AMC has released a third teaser for the “Walking Dead” companion series, which reveals that the six-episode first season is set for an August debut — likely leading directly into the fall premiere of “TWD” season six.

The new trailer gives viewers a first look at star Kim Dickens as Madison, a high school guidance counselor who isn’t too convinced by her student’s ominous warnings about an unidentified virus that seems to be spreading throughout the country. “The authorities would tell us,” she assures the paranoid high schooler, who can only roll his eyes in despair.

Executive producer Dave Erickson recently told Variety that the show is primarily “a family drama” centered around “our hero couple in Cliff Curtis and Kim Dickens, both of whom are struggling to keep this family together and to heal the fractures. The irony for us was that the only way they were able to that was because the apocalypse arrives. It forces them together.”

The show also stars Frank Dillane as Madison’s son, Nick (last seen running for his life in a previous teaser), and Alycia Debnam-Carey as her daughter, Alicia.

Both shows will host panels at San Diego Comic-Con on July 10.