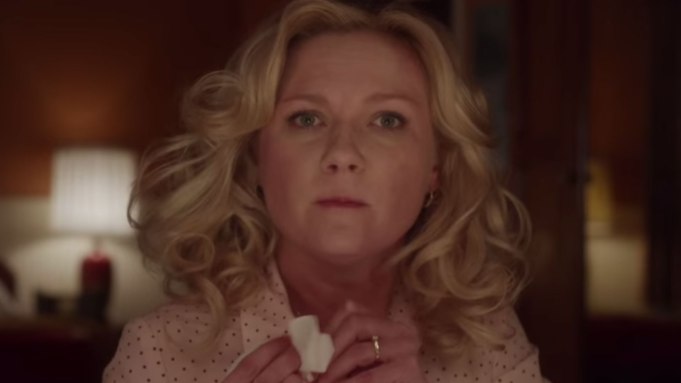 The first trailer for “Fargo” season two has hit the web, showing Patrick Wilson’s state police officer Lou Solverson (whose older self was played by Keith Carradine in season one) lamenting the moral breakdown of society amid a backdrop of shootings, beatings and donut eating.

The trailer also follows Kirsten Dunst and Jesse Plemons as Peggy and Ed Blomquist, who look set to get themselves into just as much trouble as Martin Freeman’s Lester Nygaard did last season.

Season two takes place in 1979 in Sioux Falls, South Dakota, and Luverne, Minnesota, and will follow the investigation into the local mob, a crime syndicate and Lou’s assignment to protect Republican presidential candidate Ronald Reagan (Campbell) during his campaign stop in Fargo.

Joel and Ethan Coen, showrunner Noah Hawley, Warren Littlefield and John Cameron serve as executive producers on the series, which is produced by MGM Television and FX Productions.

Season 2 of “Fargo” will bow on FX in September.