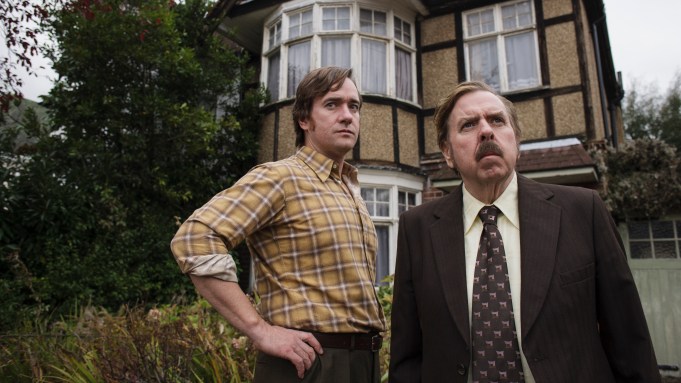 The supernatural thriller is a dramatization of events that took place at a North London home in 1977, known as the Enfield Poltergeist. “The Enfield Haunting” includes extensive documentation, recordings and witness statements recorded at the time of the most talked about poltergeist activity in British history.

The spooky series takes advantage of fans’ love of thrills as it leads up to Halloween and is airing in-between the fall premieres of two popular horror-tinged TV shows: FX’s “American Horror Story: Hotel” on Oct. 7 and AMC’s “The Walking Dead” on Oct. 11.