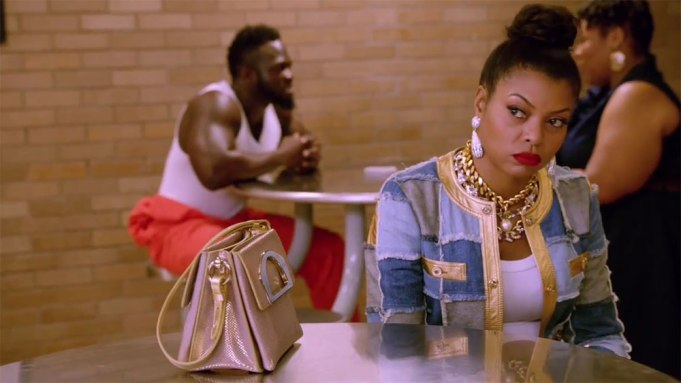 “Empire” returns to TV in two months and, in anticipation of the premiere, Fox has released a new promo for season two.

“New music, new money, new power” is the theme of “Empire’s” sophomore season. In the trailer, the first glimpse into the new empire is seen with Jamal (Jussie Smollett) taking charge of the family biz and Lucious (Terrence Howard) behind bars.

Cookie, looking fierce per usual, visits Lucious in jail. The video even shows Cookie behind bars — but it’s just for show, as the Emmy-nominated Taraji P. Henson has a mic in hand. Speaking of the music, Hakeem (Bryshere Y. Gray) is back in the studio, and Jamal is wowing the crowd at a mega-show, promoting Lucious’ freedom with #FreeLucious propaganda surrounding the stage.

Season 2 will become guest stars Ludacris — who posted a photo on Instagram, revealing his cop character, alongside Lucious in jail — plus Chris Rock, Marissa Tomei, Alicia Keys and more.