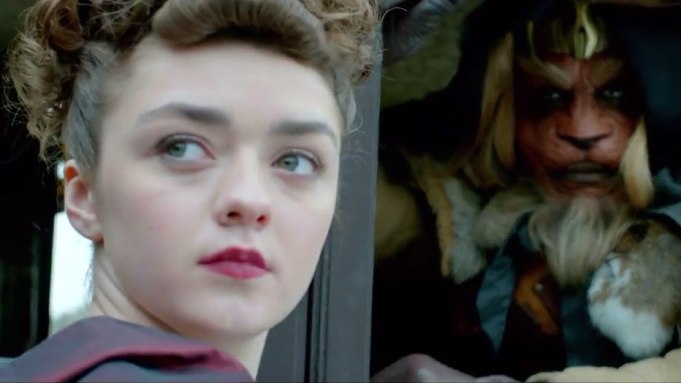 “Same old, same old, just the Doctor and Clara Oswald in the TARDIS,” proclaims Peter Capaldi in the latest trailer for “Doctor Who.”

The show’s ninth season will feature “Game of Thrones” star Maisie Williams, who appears in several snapshots of the teaser. She also appeared at the end of the first trailer that premiered at Comic-Con, where showrunner Steven Moffat teased that her character is “going to be surprising.”

The new look hints at a relationship between Oswald (Jenna Coleman) and Williams’ character. “He hasn’t got a plan yet,” Coleman tells Williams in the new trailer. “But he will have, and it will be spectacular.”

The trailer also gives a look at a few of the many baddies the Doctor will face in the coming season. “This is where your story ends,” Capaldi tells one such menacing figure.

The new season of “Doctor Who” kicks off Sept. 19 on BBC and BBC America.