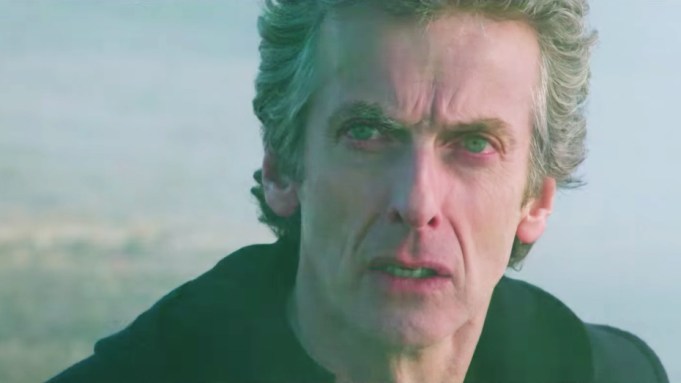 Things are about to get “more extraordinary” on “Doctor Who.”

The trailer for the ninth season of the long-running sci-fi series debuted at Comic-Con on Thursday and promises monsters old and new, a city of Daleks, deadly mercenaries and ghosts galore. The cast and creators also announced that the show returns to the BBC on September 19.

“I’m the doctor and I save people,” Peter Capaldi’s Doctor says in the trailer, in case anyone needed reminding.

It was previously announced that “Game of Thrones” star Maisie Williams will guest star on the hit British show this season. Showrunner, lead writer and producer Steven Moffat couldn’t reveal much, but teased that her role is “going to be surprising.”

Moffat also shot down during the Hall H panel the idea of casting a female Doctor any time soon.

“There is no vacancy; you just met Peter Capaldi,” he said. “I think my opinion [on that] is fairly obvious from the show.”

Since Moffat also serves as showrunner on PBS’ “Sherlock,” he admitted that he’s open to having the Doctor and Sherlock Holmes meet for a crossover.

“I have no problem with the idea of them meeting, it’s all the rest of them [that have a problem],” he said. “I’d do anything for a laugh and a tart.”