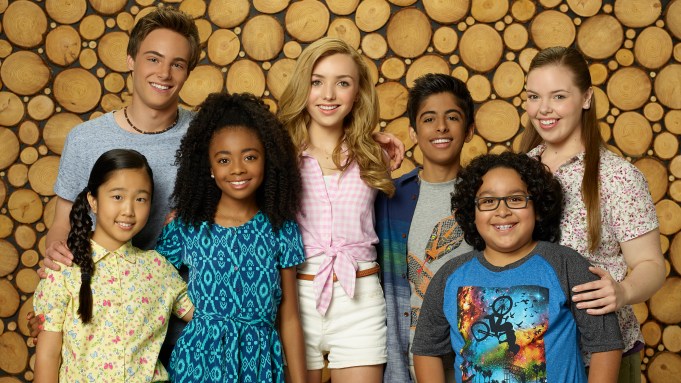 Disney Channel has set July 31 for back-to-back premieres of its latest film, “Descendants” and “BUNK’D,” its spinoff of the comedy series “Jessie.”

The music-driven story about the challenges in living up to parental and peer expectations is directed and choreographed by Kenny Ortega (“High School Musical”). Wendy Japhet is also an executive producer. Paul Becker is the co-choreographer. The script was written by Josann McGibbon and Sara Parriott who are also co-producers. The cast also includes Kristin Chenoweth, Wendy Raquel Robinson, Maz Jobrani, Kathy Najimy and Mitchell Hope.

“Descendants” will premiere at 8 p.m. July 31 on Disney Channel, but verified users of the Watch Disney Channel app and WatchDisneyChannel.com may see it on those platforms starting July 24.

“BUNK’D” was created by Pamela Eells O’Connell, who serves as executive producer. It is a production of It’s a Laugh Productions. The series also stars Miranda May, Kevin Quinn, Nina Lu and Nathan Arenas.