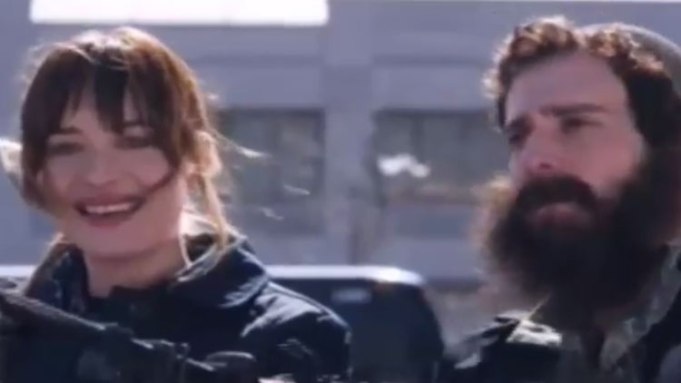 That’s one way to get social media buzzing.

In a sketch that aired this weekend as a part of Dakota Johnson’s “Saturday Night Live” hosting gig, the “Fifty Shades of Grey” star bids an emotional farewell to her father, and then promptly joins ISIS.

It’s a spoof on a Toyota Camry ad in which an emotional father drops his daughter off at the airport, seemingly so she can serve in the military.

The “SNL” bit follows roughly the same narrative, except when the father, played by Taran Killam, starts to get weepy, Johnson reassures him by saying “Dad, it’s just ISIS.” Islamic State fighters then drive her away, shooting off guns in the air as they do.

Many took to social media to air complaints over the sketch, which “SNL” had to expect. The bit comes as more reports surface that teenage girls are leaving home to join ISIS.