The Coneheads Are Latest ‘SNL’ Characters to Turn Up in Commercials 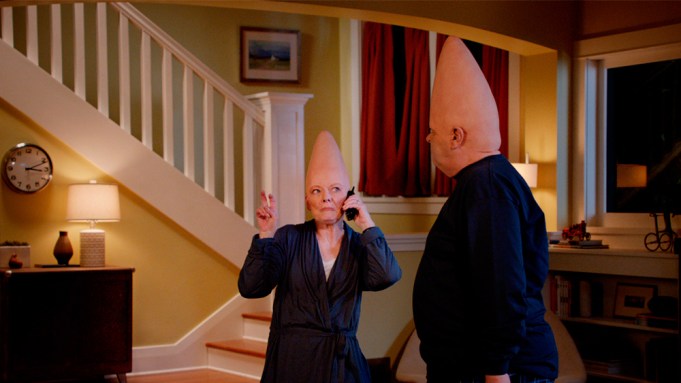 The original “Not Ready for Prime Time Players” from “Saturday Night Live” were given that title because their antics were edgy and eyebrow raising. Chances are three members of the troupe will exhibit more restraint in a new home.

Dan Aykroyd, Jane Curtin and Larraine Newman will reprise their roles as the Coneheads as part of continuing efforts by State Farm to use old “SNL” characters to generate new attention for the company’s sales of insurance. The appearance of the trio, all members of the original “SNL” cast, follows State Farm’s use of the show’s Chicago Super Fans ( George Wendt and Robert Smigel), and Hans and Franz (Dana Carvey and Kevin Nealon) in past commercials as part of a broader agreement with Broadway Video, the company owned by “SNL” creator Lorne Michaels that produces the latenight bastion.

“Use of these nostalgic characters really allows us to reach a bigger and broader audience,” said Patty Morris, director of marketing brand content at State Farm, in an interview. The company has been teasing the Coneheads’ appearance in recent commercials, interrupting an old ad with a cut-in that flashes the hashtag #TuneInEarthlings. The Coneheads, an alien family stranded on Earth featuring Aykroyd as the patriarch, Beldar; Curtin as his wife, Prymaat; and Newman as teenage daughter, Connie, first appeared on “SNL” in 1977.

Current “SNL” viewers might be more familiar with cast member Kate McKinnon’s oddball impression of Supreme Court Justice Ruth Bader Ginsberg, or Bobby Moyinhan’s strange “Riblet” character, but State Farm’s Morris notes “SNL’s” recent 40th anniversary celebration may give some of its oldest figure a new lease on life. The show recently unveiled a new app that gives access to hundreds of sketches from the program’s history. “People will gravitate to that,” said Morris.

She declined to comment on the specific terms of the agreement between State Farm and Broadway Video, and would not respond when asked if the pact involved a licensing agreement that would pay Michaels’ company for use of the figures. “It’s a unique partnership,” she said of the agreement. “Nothing is free in this world.”

In discussions, State Farm and Broadway Video hash out which of the program’s characters “would be strongest and best represent the history and integrity of ‘SNL,’” said Morris. “They also want us to stay true to the original characters. We are managing that. It’s something we have a lot of respect for.”

The return of the Coneheads comes as Broadway Video has seemed more welcoming of advertising alliances for “SNL” than it was in previous decades. In recent months, fans of the show have seen the launch of an “SNL”-branded MasterCard, and the appearance of cast member Cecily Strong in a Jeep commercial that offered a peek at how the program is put together each week. In March, one of the show’s sponsors, American Express, even went so far as to ask NBC to place one of its ads directly adjacent to an “SNL” parody of its current campaign.