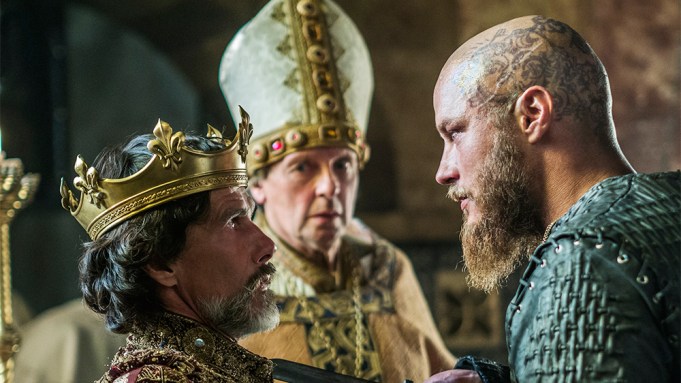 “War never ends,” warns the new trailer for season four of “Vikings,” which promises all the brutality and bloodshed fans have come to expect from the History hit.

Dearly departed priest Athelstan offers an ominous voiceover for the new promo, which shows his murderer, Floki, arrested for the crime. The new footage also highlights the theme of family, focusing on Viking leader Ragnar and his numerous sons, as well as his ongoing rivalry with brother Rollo.

Elsewhere, Ragnar’s ex-wife Lagertha seeks to reclaim her power after being usurped from her Earldom last season, while his current wife Aslaug looks to cement her own rule.

While Hirst remained tight-lipped on the specifics of season four, he did reveal that the next season would once again include a time-jump, along with yet another new woman in Ragnar’s life — teasing an “unexpected” connection that prompted Hirst to consult with a historical expert on whether it was a meeting that realistically could’ve happened.

Meanwhile, expect Ludwig’s Bjorn to embark on a kind of spirit quest to rediscover himself out in the woods, which will lead him into a dangerous encounter with a bear. And Ragnar’s other sons will take a more prominent role, potentially paving the way for the show to follow his descendants on further Viking expeditions in future seasons.

Season four of “Vikings” will premiere in 2016.