Claire Danes, Don Cheadle on the Rise of the Antihero (VIDEO) 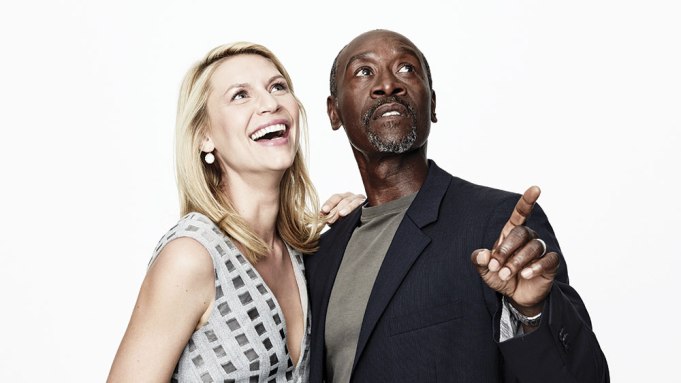 Claire Danes: What do you look for in a role? What attracts you to a project?

Don Cheadle: I think a lot of times it’s just something I haven’t done before. A way to stretch out and try to play something that really kind of scares me a little bit. I had this conversation with the producers (on “House of Lies”) when we were developing the role, and I was like, “This dude’s a douchebag. Where’s the connectivity? How do we root for him?” And my producer said, “It’s about being relatable. He doesn’t have to be likable, we just want to be able to understand him.”

Danes: I tend to make kind of reactionary choices. (“Homeland”) was really intimidating. And initially I just thought, “No, it’s too much. She’s in too much peril, under too much duress.” And also the story was so immediately relevant to what was happening, and the stakes were really high because these feelings, these conflicts, were still unfurling, and still unresolved, and so I just didn’t want to take advantage of people’s heightened state. But then I met with the creators of the show, and they were thoroughly sincere, decent, brilliant people, and I thought, this is going to be done with a sense of responsibility and integrity. It was a real stab in the dark initially. And then it takes greater shape, and I think that’s what’s fun about television. That it matures and it evolves, and if you’re working with a group of people who you really trust and admire, it’s really unique to this medium.

Cheadle: Yeah, the ability to dig into a character and really allow it to grow over years, as opposed to a movie. Something I think is great about TV is the ability to go all these different places, and take these characters with you. I think it’s really true that a lot of the best character work you’re seeing today is happening on cable.

Danes: When there was an elimination of the commercial break, it really opened the medium up, because of the liberties that you can take. And, you know, baring skin.

Cheadle: You can be a grown-up.

Danes: You can be an adult, and you can be less than ideal. There’s this proliferation of antiheroes, and it’s really exciting. I keep waiting to get antsy or bored, and that never happens because nobody involved in the creation of the thing wants to be repeating themselves.

Cheadle: Every season our show has been very different, and that’s the challenge. And you don’t want to get into rote circumstances and rote beats, but human beings don’t change overnight. So while you’re trying to find ways to keep growing and making it interesting, you still have to be true to who these people are. That’s the challenge, to give your viewers the satisfaction of who these people are, but at the same time challenging them to push — at the same time you’re trying to push — further and further.

Danes: Right. And that’s powerful, to discover these characters in real time.