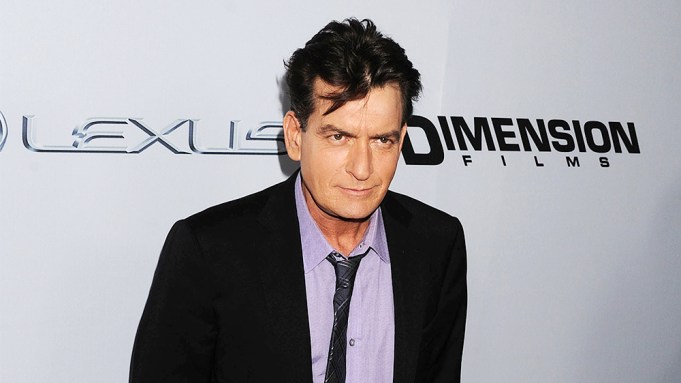 According to multiple reports, Charlie Sheen will reveal that he is HIV positive on the “Today” show Tuesday morning.

Sheen is set to make a “revealing personal announcement” on the “Today” show Tuesday morning, the NBC morning show announced in a Monday press release, stating that the “Two and a Half Men” alum will sit down with Matt Lauer for an exclusive interview, live from Studio 1A in New York City. Following the Tuesday morning broadcast, Sheen’s revealing interview will be available on Today.com.

Though NBC did not specify what Sheen’s announcement would entail, the National Enquirer reports the actor is HIV positive. TMZ also reports that sources close to “Today” say Sheen will reveal that he is HIV positive, as does People.

“It’s been going on for quite awhile. He’s not necessarily comfortable talking about it. It was very hard to get up the courage for him to talk about it,” publicist and crisis manager Howard Bragman told People, adding that Sheen is getting treatment and many people close to him know about the diagnosis.

Sheen’s ex-wife, actress Denise Richards, has known about his disease for a “number of years,” according to Access Hollywood, whose sources say Richards — and her two daughters with Sheen — are not infected, as the actor reportedly contracted HIV after the couple’s divorce in 2006.

Posted Monday morning, the Enquirer printed Sheen’s name on their website, though the tabloid first “exposed how a notorious Hollywood womanizer was hiding a deadly health crisis” last month in an anonymous story titled, “Hollywood Superstar’s Desperate Battle With AIDS!” which did not reveal Sheen’s identity. Now, the Enquirer is set to publish the full story in its Nov. 18 issue, which — according to the outlet — will expose a “multi-million dollar cover-up that will rock Tinseltown.”

Variety reached out to Sheen’s longtime publicist Jeff Ballard, who confirmed he is no longer working with the actor, after a disagreement on how to handle a situation. Ballard also worked with Sheen, as a co-exec producer on his FX series “Anger Management.”

Variety has also reached out to “Today” for comment on the multiple reports.