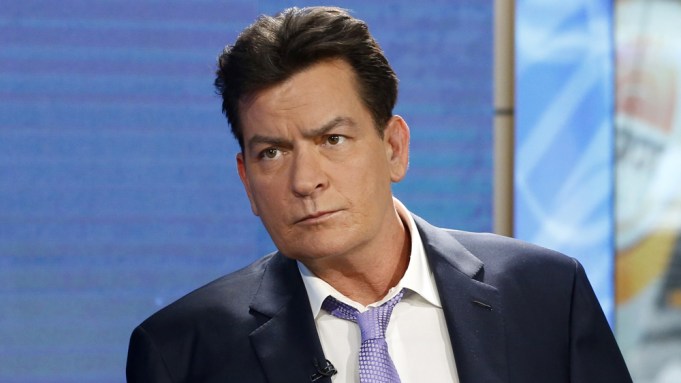 “I am here to admit that I am in fact HIV positive,” the “Two and a Half Men” alum told Matt Lauer. “I have to put a stop to this onslaught, this barrage of attacks and sub-truths, and very harmful and mercurial stories that threaten the health of so many others that couldn’t be farther from the truth.”

Sheen said he was diagnosed with HIV about four years ago. He insisted that it was “impossible” that he could have transmitted the virus to someone else since his diagnosis, while acknowledging that he had unprotected sex during that time with two people.

The actor said that he thought he “had a brain tumor [and that] it was over” after being hospitalized for debilitating migraines.

The actor said he had paid “millions” to unnamed individuals who had threatened to expose his HIV-positive status: “We’re talking about shakedowns.” Asked by Lauer if he was still paying those people, Sheen replied, “Not after today, I’m not. … I think I release myself from this prison today.”

“What people forget is that’s money they’re taking from my children,” Sheen added. “They think it’s just me, but I’ve got five kids and a granddaughter.”

Sheen returned for another segment, accompanied by his doctor, Robert Huizenga, who confirmed that Sheen is healthy and that there’s “an undetectable amount of the virus in his blood,” as Lauer called it.

“He was immediately put on treatment, strong antiviral drugs, which have suppressed the virus … to the point that he’s absolutely healthy from that vantage,” Huizenga said. “And my biggest concern with Charlie as a patient is substance abuse and depression from the disease more than what the HIV virus could do in terms of shortening his life, because it’s not going to.”

The NBC morning talk show announced on Monday that Sheen would be making a “revealing personal announcement” on Tuesday’s episode.

Sheen’s ex-wife, Denise Richards, first learned about his illness a “number of years” ago, Access Hollywood reported Monday. Richards — and her two daughters with Sheen — are not infected, as the actor contracted the virus after the couple’s 2006 divorce.

Sheen, 50, had a public meltdown in 2011, which ultimately cost him his starring role on the hit CBS sitcom “Two and a Half Men.” He landed on his feet, however, with his FX comedy “Anger Management.” Sheen has remained out of the spotlight after FX decided not to renew the show in late 2014 after its 100th episode.

“I wish I could blame it on that,” Sheen said when Lauer asked if the meltdown was a reaction to his HIV diagnosis. “That was more of a ‘roid rage. But this was on the heels of that.”

The actor has long struggled with substance abuse and has admitted to soliciting prostitutes in the past, both of which led to several run-ins with the law. He suffered a stroke in 1998 after a cocaine overdose.

Sheen said during the interview that he hadn’t done intravenous drugs and was therefore unsure how he’d contracted the virus. The actor revealed that he’s no longer doing any drugs now, but is still drinking.

Lauer also read during the live show a letter Sheen sent to him.

“The news was a ‘mule kick’ to my soul,” Sheen wrote. “Those impossible words I absorbed and then tried to convince myself, that I was stuck, suspended, or even stranded inside some kind of alternate reality or nightmare, were to the absolute contrary. I was awake. It was true … reality.”