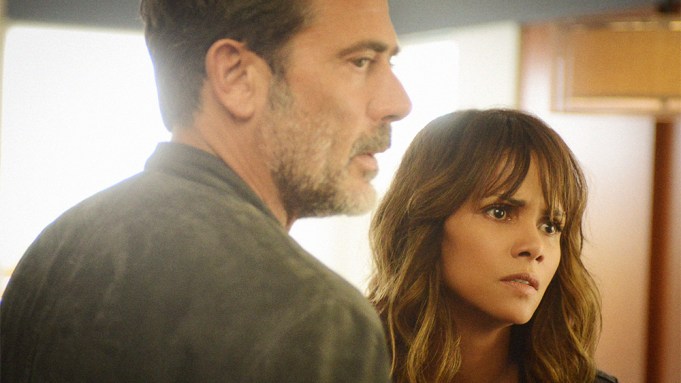 It’s house-cleaning time for the major networks as the cancellation ax falls in order to make for new additions in the fall.

Some shows, such as NBC’s “State of Affairs” and “Constantine,” have been off the air so long that it feels they’d already been cancelled. But the formal notice falls just as hard even when if it is long expected.

Among the big four networks, NBC got out the largest broom on Friday, a sign of the struggle it had this year with new series. “Marry Me,” “About a Boy,” “One Big Happy” joined earlier casualties “A to Z” and “Bad Judge.”

On the drama side, “Constantine” and Katherine Heigl’s comeback vehicle, “State of Affairs,” were formally terminated, as was “Allegiance” earlier in the year. The bell is also expected to ring soon for another drama, “American Odyssey.”

NBC was in the same boat that ABC was last year when it scrapped “Suburgatory,” critical darling “Trophy Wife” and a slew of other weak performers.

However, nowadays there are many more options for relocating TV shows if they still have a pulse with some core demo. And now that creatives have easy access to converse with fans via social media, “save this show” efforts can spread like wildfire.

There was instant chatter about “Constantine,” based on the DC Comics “Hellblazer” property, relocating to another network.

Fox’s “The Following” is rumored to be making the digital rounds, but speculation about Hulu making a play is offbase, say sources. The Kevin Bacon starrer came out strong in its first season in 2013 but faded fast in season two and never recovered.

Hulu is in negotiations to rescue “The Mindy Project” from the cancellation heap. Fox opted to pull the plug after three seasons. But reruns of the show starring Mindy Kaling has been a strong performer for Hulu, which licensed the rights from producer Universal TV. That gives Hulu a strong incentive to pick up more episodes. And certainly Universal TV wants to keep going for at least one or two more seasons to bring the total number of episodes produced closer to 100 vs. the 65 or so at this point.

Beyond “Mindy,” the landscape for new comedy series was brutal this season as only a few freshman series went the distance. ABC was the notable exception with “Black-ish” and “Fresh Off the Boat” coming out of the box strong. ABC’s “Cristela,” however, was among the casualties. ABC also threw in the towel quickly last fall on comedies “Selfie” and “Manhattan Love Story.”

ABC dramas “Forever” and “Resurrection” also failed to live up to their titles and came to an end during the past season.

CBS had hard times with first-year laffer “The McCarthys” and “The Millers,” the latter of which got a quick hook last fall only weeks into its second season.

Freshman drama “Battle Creek” came on in midseason with a strong pedigree —  it came from showrunner David Shore and “Breaking Bad” creator Vince Gilligan — but it wasn’t strong enough to overcome middling ratings.

Fox’s other cancellations this season included “Backstrom,” the offbeat dramedy starring Rainn Wilson, and comedy “Mulaney,” which folded in February. Fox also had the biggest reality flame-out of the year with “Utopia.” The series that sent a group of strangers off onto a ranch to build their own society was envisioned as airing for a full year but managed only a few weeks until the social order crashed.