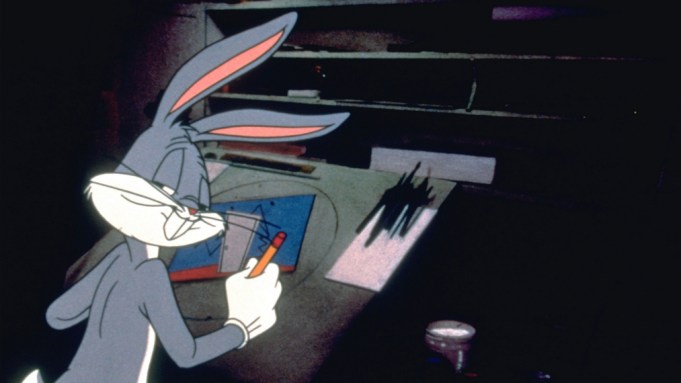 There won’t be much hoopla to celebrate, because Warner Bros. doesn’t observe the birthdays of animated characters. And there’s some logic to that, especially in Mr. Bunny’s case.

There had been earlier variations: A wisecracking rabbit, voiced by Mel Blanc, debuted in the 1938 “Porky’s Hare Hunt” but the speech patterns and look were very different. In the next few years, WB’s Looney Tunes and Merrie Melodies cartoons featured other rabbits.

Don’t be misled by those earlier rabbits. On Sept. 10, 1940, Variety ran a brief item about the “new character Bugs Bunny” that WB was booking into Fox West Coast theaters. Bugs’ name appeared onscreen for the first time the following year, in “Elmer’s Pet Rabbit,” directed by Chuck Jones. By 1946, WB took out an ad in Variety proclaiming that moviegoers named him their favorite cartoon character in a poll by Showmen’s Trade Review.

Like all great stars, his popularity had creative peaks and valleys. Highlights include the 1949 “Long-Haired Hare,” directed by Jones, in which Bugs battles with a self-important singer who’s performing an aria from “The Barber of Seville” at the Hollywood Bowl; and Jones’ 1957 “What’s Opera, Doc?” with Bugs and Elmer Fudd in a Wagner spoof that was selected for National Film Registry in 1992. Only Bugs could bring opera to the masses. And then there is the 1955 “Rabbit Rampage,” a meta toon in which he feuds with an unseen animator. A few years later, “Knighty Knight Bugs,” co-starring Yosemite Sam, won the Oscar for best cartoon short.

In 1987, many decades after his debut, another Variety ad touted that “The Bugs Bunny & Tweety Show” was ABC’s No. 1 kids show, under the headline “Wabbit Wins Watings Wace.”

Over the years, Bugs survived the bluster of Yosemite Sam, the gun of Fudd, the Tasmanian Devil, Marvin the Martian, Daffy Duck’s competitive streak and dozens of other challenges. If you were in a scrape, Bugs is the cartoon character you’d want by your side — a combo of MacGyver and Groucho Marx, able to build any contraption in a moment’s notice, and throw off wisecracks to boot. And, as a bonus, he might get into drag and sing to you.

Many senior citizens decline a big birthday party, because they don’t want to acknowledge they’re getting older. But Bugs looks as good as ever. In his long career, he was never involved in a scandal, was a good role model because he eats all his vegetables and provided endless laughs for many generations. No celebration party? It’s hare-raising. But maybe his millions of fans can have a slice of carrot cake on July 27, and raise a glass in honor of one of Hollywood’s greatest stars.