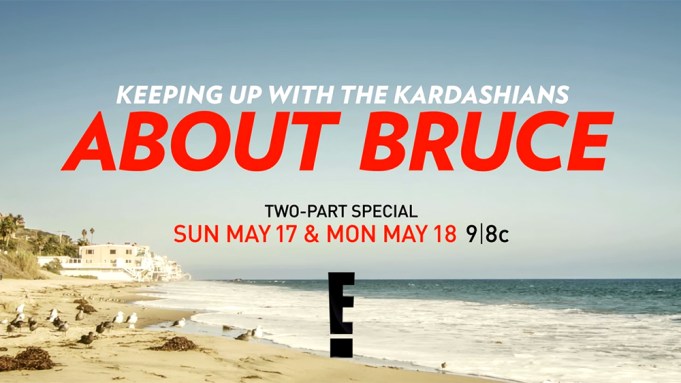 Bruce Jenner revealed he is transitioning into a woman during his Diane Sawyer “20/20” interview and, now, he will tell his story to viewers and his family on E!’s two-part special, “Keeping Up With the Kardashians: About Bruce,” which preludes his untitled summer docuseries, debuting this July.

The first look at the special shows home videos of Jenner with his kids on the Kardashian side — Kourtney, Kim, Khloe, Kendall and Kylie — plus his ex-wife Kris Jenner.

“You’re thinking someday you’re going to get over it,” the former Olympian says in the promo. “These are my secrets that I have to deal with on my own.”

“We want to understand his struggle,” says Kardashian West, whom Bruce, during his ABC News interview, revealed was the most understanding of him being transgender. Kendall Jenner adds, “I do want to meet her when he’s ready — when we’re both ready.”

The special, airing May 17 and 18, will feature home videos and candid conversations with the Kardashian/Jenner clan, as they ask questions of Jenner to better understand his journey.

“I don’t think I’ve ever been as scared in my life to be extraordinarily honest with my kids,” Bruce Jenner says.

The special marks the first time the Kardashian/Jenner family, who are under a three-year deal with NBC Universal’s E!, will sit down with Bruce Jenner on television. The ABC News interview featured his children from the other side of the family, Burt, Brandon, Brody and Casey Jenner, leaving viewers wondering why the famous family had not appeared. Since then, Kardashian West has spoken about the transition on NBC’s “Today.”