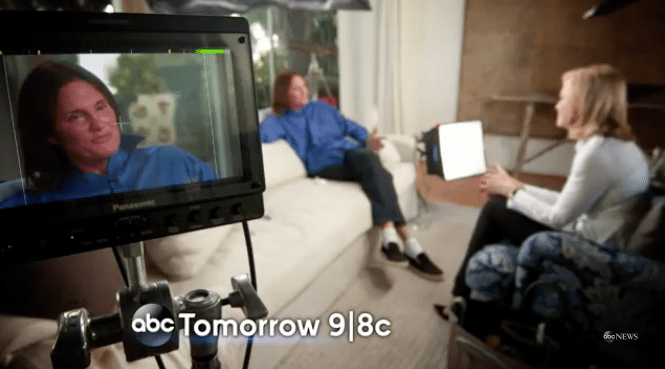 ABC News released another promo for Diane Sawyer’s interview with Bruce Jenner, which airs Friday as a special edition of “20/20.”

“It’s going to be an emotional roller coaster, but somehow, I’m going to get through it,” Jenner tells Sawyer, before they sit down together.

The former Olympian, who was recently divorced from Kardashian matriarch Kris Jenner, expresses concern for his family over the information he will disclose. However, the interview — likely to be a ratings goldmine for the network — is largely believed to be the first time Jenner discusses his reported transition to becoming a woman, following heavy speculation from the tabloid press, largely due to his appearance.

“Those are the only ones I’m concerned with,” he says, referring to the Jenner/Kardashian clan. “I can’t let myself hurt them.”