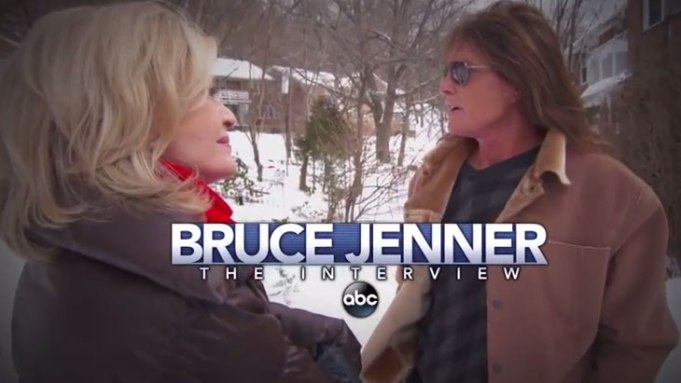 Bruce Jenner speaks for the first time in the second promo for Diane Sawyer’s interview with the former Olympian, released by ABC News on Tuesday.

“My whole life has been getting me ready for this,” Jenner says in the new trailer, which features him chatting and walking through the snow with Sawyer.

While ABC has kept topics and details under wraps, only describing the interview as “far-ranging and exclusive” and teasing Jenner’s one-on-one as “the journey, the decisions, the future,” the former husband to Kardashian matriarch Kris Jenner has long been subject to rumors that he is ready to reveal his transition to become a woman, following heavy speculation from the tabloid press, largely due to his appearance.

The first trailer for the interview, released last week, mysteriously did not show Jenner’s face, nor did it feature him speaking.

Jenner’s interview with Sawyer will air Friday, April 24, as a special edition of “20/20.”

Watch the new promo above.