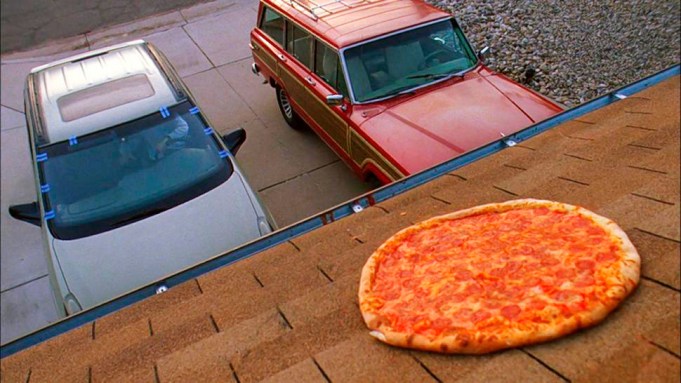 The woman who lives in the house used as Walter White’s residence on “Breaking Bad” is not happy.

To be more specific, she’s not happy because fans of the show keep throwing pizzas on her roof, inspired by White’s famous pizza toss in the season three episode “Caballo Sin Nombre.”

Gilligan said the woman and her husband who live in White’s residence in Albuquerque are used to fans coming to take pictures, and are fine with it within reason. But the notoriously obsessive “Breaking Bad” fans have gone overboard.

“There is nothing original, or funny, or cool about throwing a pizza on this lady’s roof,” Gilligan said. “It’s been done before —  you’re not the first.”

“Breaking Bad” and “Better Call Saul” actor Jonathan Banks added, “And if I catch you doing it, I will hunt you down.”

This is not the first time “Breaking Bad” fans have made headlines. In 2013, a group of fans took out an obituary for Walter White in the Albuquerque Journal to mourn the loss of the fictional character played by Bryan Cranston.