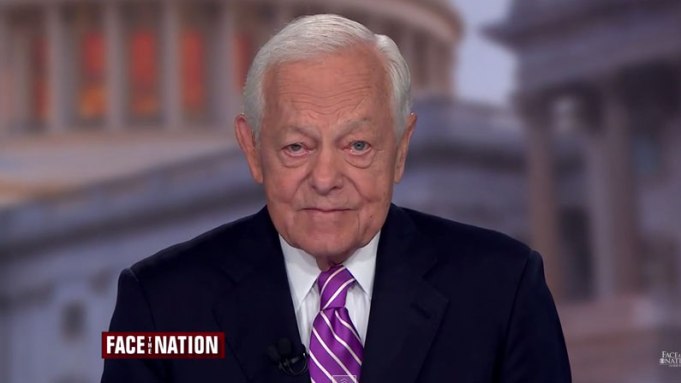 After nearly half a century with CBS News, “Face the Nation” moderator Bob Schieffer signed off of the news program during Sunday’s broadcast.

“I’ll be honest, I’m going to miss being in the middle of things, but the one thing I will never forget is the trust you placed in me and how nice you were to have me as a guest in your home over so many years,” Schieffer said during Sunday’s show. “That meant the world to me. It always will.”

Schieffer has moderated “Face the Nation” since 1991 and announced he was retiring in April. John Dickerson will replace him and starts June 7.

The journalist also anchored the Saturday edition of “CBS Evening News” for 23 years and has also served as chief Washington correspondent for CBS News, spending 46 years at the Eye.

“Maybe it’s because I just love the news, but at the time, I thought every job I ever had was the best job in the world: going behind police lines, talking to cops and soldiers and then senators and even presidents,” he said.

Schieffer also brought up legendary CBS News anchor Walter Cronkite, and cited him as the reason he joined the network in 1969.

He closed out the broadcast by thanking the viewers and everyone who worked with him on the program. Watch a clip from the final broadcast above.