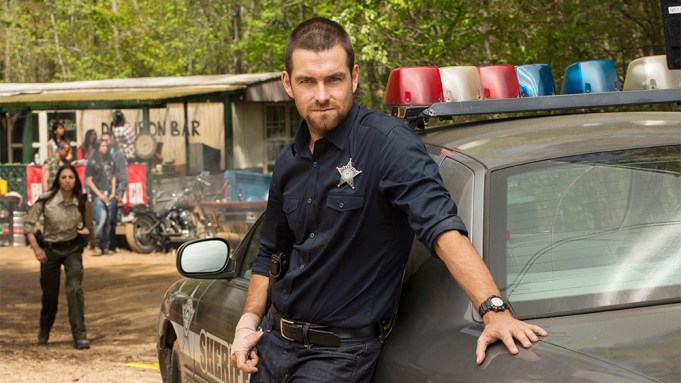 Cinemax has set a Jan. 29 premiere date for the fourth, and final, season of its small-town crime drama “Banshee,” the HBO-owned premium cabler announced Friday.

“’Banshee’ is a unique and compelling show that helped set high standards for original programming for Cinemax,” said Michael Lombardo, president of HBO programming. “The show’s exceptional blend of action and drama earned a vocal and passionate fan base that will not be disappointed in ‘Banshee’s’ final season.”

The channel also released the first trailer for the season, which gives glimpses of new cast member Eliza Dushku. She’s signed on to play Veronica Dawson, a sexy but shockingly reckless FBI profiler with no shortage of personal demons. Other new cast members include Ana Ayora (“The Big Wedding”) as Nina Cruz, a Banshee deputy working as an inside plant, and Casey LaBow (“The Twilight Saga: Breaking Dawn, Parts 1 and 2”) as Maggie. The wife of a local Aryan Brotherhood leader, Maggie desperately wants a better life for herself and her son.

The series stars Antony Starr (“Wish You Were Here”) as Lucas Hood, an ex-con and master thief who assumes the identity of the sheriff of Banshee, Pa., where he continues his criminal pursuits while enforcing his own code of justice.