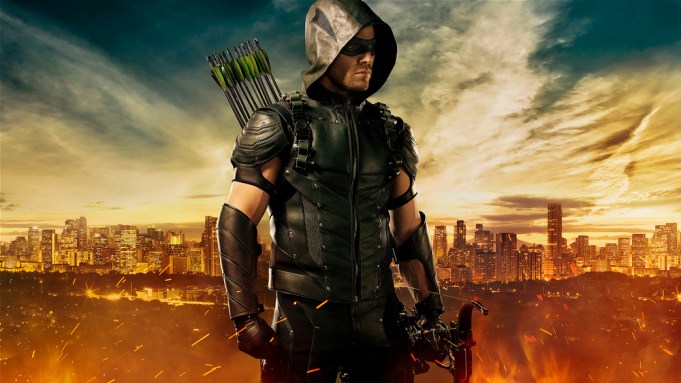 The CW has unveiled the first trailer for “Arrow” season four, complete with a new-look costume for Oliver Queen (Stephen Amell) and plenty of fresh faces.

Fans of NBC’s shortlived “Constantine” can get a glimpse of Matt Ryan reprising his titular role as the occult detective in the new footage, along with first looks at DC Comics characters Damien Darhk (Neal McDonough), Mr. Terrific (Echo Kellum) and Anarky (Alexander Calvert).

The footage opens with a thoroughly domesticated Oliver, who seems determined to give up the vigilante life to focus on his relationship with Felicity (Emily Bett Rickards). But things never stay quiet for long in Starling City — newly renamed Star City (as the locale is known in DC’s Green Arrow comics) in memory of Ray Palmer (Brandon Routh), who is believed to be dead following an explosion at his company in the season finale.

The trailer also features the return of Caity Lotz’s Sara Lance, who is seen emerging from a Lazarus Pit to take up the mantle of White Canary, just in time for “Arrow” and “The Flash” spinoff series “DC’s Legends of Tomorrow” which bows at midseason.