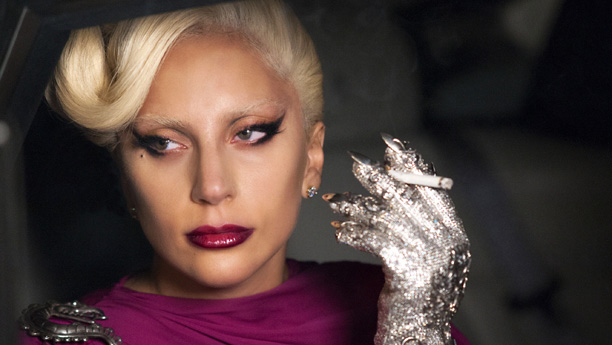 In anticipation of the “American Horror Story: Hotel” premiere on Oct. 7, FX released the first full trailer for the upcoming season on Thursday with the entire cast.

Titled “Hallways,” the debut trailer races through the halls of the haunted hotel, giving glimpses of each character, including Lady Gaga, in the 30 second video.

“Hotel” marks the fifth installment in the “AHS” series. The latest season, “Freak Show,” is nominated for a slew of Emmys this year.

As Murphy recently revealed in an interview, Gaga’s Countess — who owns the titular Hotel Cortez — sustains her looks with a diet of sex and blood, but he hesitates to call her (or her lovers, Bomer’s Donovan and Wittrock’s Tristan) vampires. “I prefer the term ‘ancient blood virus,'” Murphy said. “It’s not vampires. It’s really a form of hemophilia in a way. There’s no capes and fangs.”

Wittrock said of Tristan’s relationship with the Countess: “He’s got an addictive personality. I think he’s hypersexual also. It makes him a prime candidate for the Countess’ charms and he is very willingly seduced and then turned by her.”

Bomer’s Donovan, meanwhile, is hoping for happily ever after with the Countess, having been with her for 20 years before Tristan entered the picture. “He’s very interested in domesticity and sort of nesting and hunkering down and having her to himself every now and then, and that doesn’t go over so well with her limitless hunger,” Bomer teased.