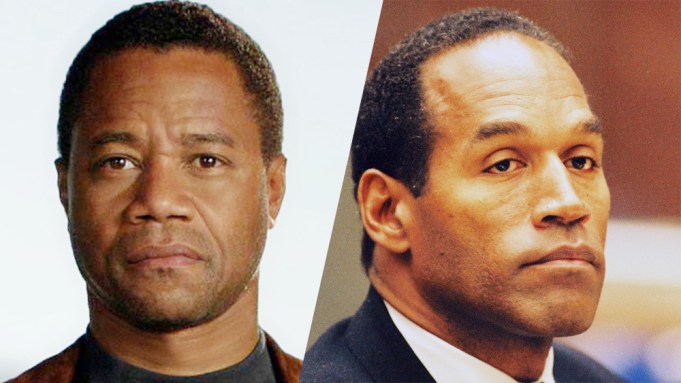 Although it doesn’t premiere until 2016, FX has offered a sense of what’s in store for “American Crime Story: The People v. O.J. Simpson.”

In a video teaser released Wednesday, fans are treated to audio of Cuba Gooding Jr. as Simpson, John Travolta as Robert Shapiro, Sarah Paulson as Marcia Clark and other actors portraying those who became TV news and late-night fodder during the infamous 1990s murder case.

The 10-episode series is meant to be a companion to Murphy and Falchuk’s popular “American Horror Story” franchise and would be the first in a new anthology series that will depict a new crime saga each year. It was voted one of the most exciting new series at the recent Critics Choice Television Awards.

“The People v. O.J. Simpson” is among a growing list of true-crime miniseries projects, among them HBO’s “Confirmation” starring Kerry Washington as Anita Hill and Wendell Pierce as Clarence Thomas. HBO and ABC are also both developing projects about the Bernie Madoff scandal.