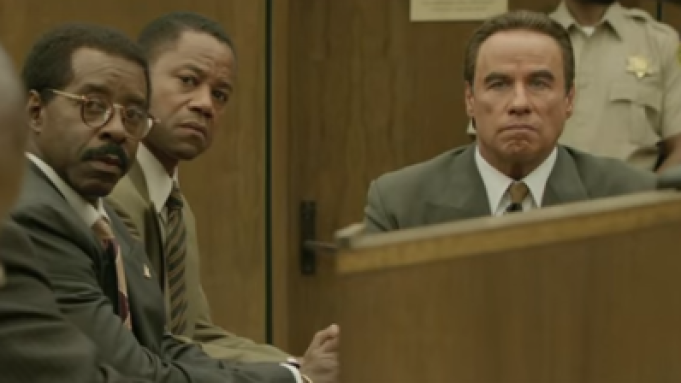 Ahead of its Feb. 2 premiere, FX released the first full-length trailer for “American Crime Story: The People v. O.J. Simpson” on Wednesday.

The video begins with Paulson’s Marcia Clark getting a phone call, learning about the Nicole Brown Simpson murder in Brentwood. The “AHS” vet breaks down in character, as the trailer flashes through dramatic scenes, including Selma Blair’s Kris Jenner fighting with David Schwimmer’s Robert Kardashian, who defended O.J. during the 1995 trial.

“The trial wasn’t the whole story,” the trailer says. “This is.”

The cast is rounded out by Travolta who stars as attorney Robert Shapiro; Courtney B. Vance who plays Johnnie Cochran; Billy Magnussen as Kato Kaelin; and Connie Britton as Faye Resnick.