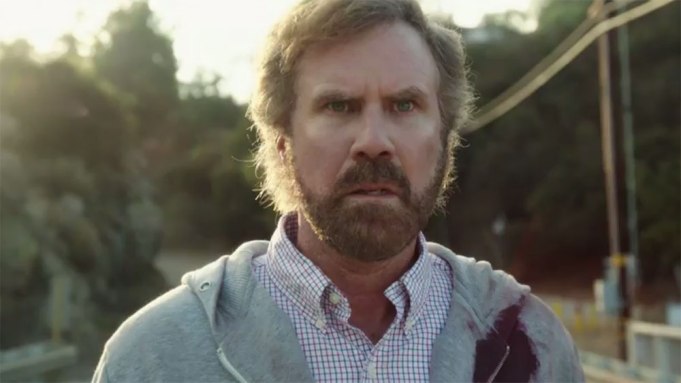 There’s mystery, an unexplained confrontation and even some blood in the first trailer for Will Ferrell and Kristen Wiig’s take on the campy made-for-TV movie genre, “A Deadly Adoption.”

In the trailer for the movie that will air on Lifetime this summer, Ferrell stands in front a truck, driven by “90210” alum Jessica Lowndes, and Wiig holds a gun in what has become a pretty iconic look for many Lifetime movies. The movie centers on a couple, played by Ferrell and Wiig, who take care of a pregnant twentysomething (Lowndes) whose baby they plan to adopt.

But, as par for the course for these types of films, everything isn’t as it seems.

“You really are a strange girl,” says Ferrell to Lowndes, before chuckling.

The movie has had a strange timeline: When news of the film became public on April 1, Ferrell, who serves as an executive producer, declared that the already-filmed movie would be pulled. It’s clear, however, that that’s not the case.

“A Deadly Adoption” will debut on Lifetime on June 20.