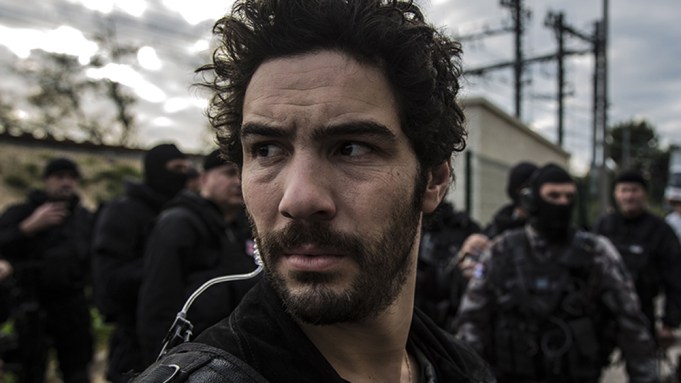 LONDON — Cannes-set television market and conference Mipcom will world premiere “The Last Panthers,” a six-hour diamond-heist television drama based on real events. A new trailer has been unveiled.

“The Last Panthers” opens with a daring diamond heist bearing all the hallmarks of a gang known as the Pink Panthers. The death of a girl during the raid sets on a collision course a British insurance agent, a French-Algerian cop and a Serbian diamond thief.

The show plunges “the audience into a Europe gripped by new forms of crime and featuring the interplay between traffickers, European officials, war criminals and bankers,” said Fabrice De La Patelliere, director of French drama and co-productions for Canal Plus.

The miniseries is produced by France’s Haut et Court TV (“The Returned”) and U.K.’s Warp Films (”Southcliffe”), and commissioned by the U.K.’s Sky and France’s Canal Plus, both pay TV providers. Worldwide distribution of the show is being handled by Studiocanal and Sky Vision.

“The Last Panthers” is based on an idea by French journalist Jerome Pierrat, and is co-created and written by Jack Thorne (“Skins,” “This Is England”). It is directed by Johan Renck (“Bloodline,” “Breaking Bad,” “The Walking Dead”).