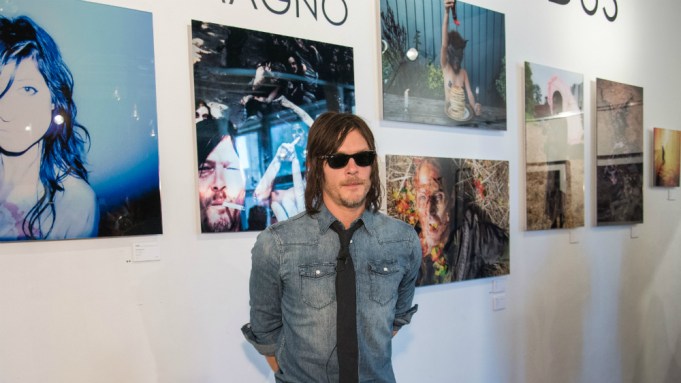 Norman Reedus is perhaps best known for his fan-favorite performance as lone wolf turned group protector Daryl Dixon on AMC’s “The Walking Dead,” but the multi-hyphenate has proven to be just as adept with a camera as a crossbow, as evidenced by his new photography show at Voila Gallery in Los Angeles.

The collection, which is on display through Dec. 31, combines decades of Reedus’ never-before-seen photographs along with works from his first photography book, “The Sun’s Coming Up… Like A Big Bald Head,” featuring subjects ranging from his son, Mingus, to his “Walking Dead” co-stars, to the many colorful characters he’s encountered while filming movies in Europe.

Reedus took Variety on a tour of his exhibition to reveal the stories behind some of his pieces, in addition to discussing Season 6 of “The Walking Dead” — which he describes as the “best we’ve ever done” — his upcoming AMC motorcycle travel series “Ride with Norman Reedus,” and his book of “Walking Dead” fan art, “Thanks for All the Niceness.”