Inside the Golden Globes’ Wild and Glamorous After-Parties 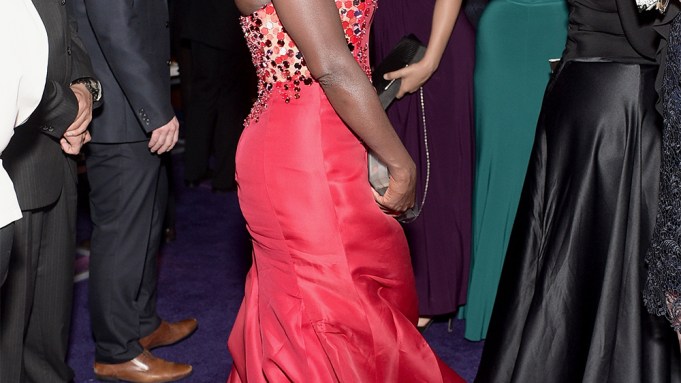 The party is hardly over after the awards end at the Golden Globes. In fact, many attendees would say it’s just getting started. The stars and execs who attended the awards show at the Beverly Hilton Hotel on Sunday had a multitude of options for post-soirees, including HBO, NBC and InStyle bashes. Variety was on hand for the biggest parties — see below for an insider timeline of the night.

8:00 p.m. After the Globes finish up, cast and crew of “Selma” arrive at the Paramount party. John Legend and wife Chrissy Teigen stay for an hour.  In the VIP area, Oprah Winfrey is seen with Gayle King and Stedman Graham, along with “Selma” cast and crew including David Oyelowo and Carmen Ejogo, until 9:30 p.m.

8:15 p.m. Lena Dunham and Bill Murray are engrossed in conversation at the HBO party. Oh, to be a fly on the wall.

9:21 p.m. Frances McDormand and Joel Coen arrive at the Fox party and make a beeline for Wes Anderson to congratulate him on the “Grand Budapest Hotel” win.

9:23 p.m. Owen Wilson cheekily grabs a photographer’s camera before going inside the Fox party and plays paparazzo to the delight of Jason Schwartzman. Once inside, he shares a few drinks with Kristen Wiig and “Grand Budapest” co-star Adrien Brody.

(Jennifer Lopez with her “Boy Next Door” co-star Ryan Guzman at the Weinstein party.)

9:36 p.m. “Togetherness” star Steve Zissis launches himself at show creator and friend Jay Duplass for a celebratory hug to congratulate him on “Transparent’s” best comedy win.

9:37 p.m. Lupita Nyong’o makes a call on her cell while bobbing her head to Lauryn Hill‘s ’90s hit “Doo-Wop (That Thing)” at the HBO party, which was DJ’d by Daisy O’Dell.

9:45 p.m. “Guardians of the Galaxy” star Chris Pratt does the robot on his way out of the InStyle party with wife Anna Faris.

9:45 p.m. Reese Witherspoon and her husband CAA agent Jim Toth quietly enter the Fox party, taking a table in the back corner.

10:00 p.m. Taylor Swift screams “Martin had a dream!” while dancing to Kendrick Lamar‘s “Backstage Freestyle” as “Selma” actor David Oyelowo, who played Martin Luther King in the drama, quietly sips on his cocktail. Swift also asks the InStyle DJ to play Jay Z for herself and her female entourage, which includes Lorde and actress Jaime King. Swift quickly makes an exit, however, when the DJ puts on a remix of “Shake It Off.”

10:00 p.m. Billy Bob Thornton enters the Fox party with a Globe in his hand and a smile on his face thanking people as they bombard him with congrats for the win.

10:12 p.m. Director Ava DuVernay chats with her “Selma” cast, including Niecy Nash and Wendell Pierce, in the VIP area of the Paramount party.

10:32 p.m. Vince Vaughn breezes by, cigarette in mouth, to escape the sweltering crush of famous bodies inside HBO’s soiree, closely followed by Matthew McConaughey. The two are thick as thieves — soon joined by their “True Detective” boss Nic Pizzolatto.

10:40 p.m. A few twenty-somethings gush over “Fifty Shades of Grey” actor Jamie Dornan as he walks the red carpet, “But why the beard?” one asks. “It’s hot,” the other swoons.

11:15 p.m.Channing Tatum and Jenna Dewan Tatum (pictured above) put down their drinks to hit another dance floor at the Weinstein party.

11:20 p.m. “Boyhood” winner Patricia Arquette has a celebratory cigarette on the patio with artist Eric White at InStyle.

11:45 p.m. Common dances at the Weinstein party with a Golden Globe in one hand and a glass of wine in the other.

12:00 a.m. The last two winners standing at the InStyle/WB party: veteran actors John Doman and Victor Williams from Showtime’s “The Affair,” who seem awful cozy on the velvet sofa with their female guests.

1:35 a.m. Jeremy Renner chats with James Marsden while ordering a drink at the Chateau patio bar.

1:45 a.m. “Ant-Man” Paul Rudd orders a drink outside while catching up with Jon Hamm.

2:45 a.m. Tina Fey and Amy Poehler disappear into the night.