Continue to Variety SKIP AD
You will be redirected back to your article in seconds
Feb 1, 2015 7:18pm PT 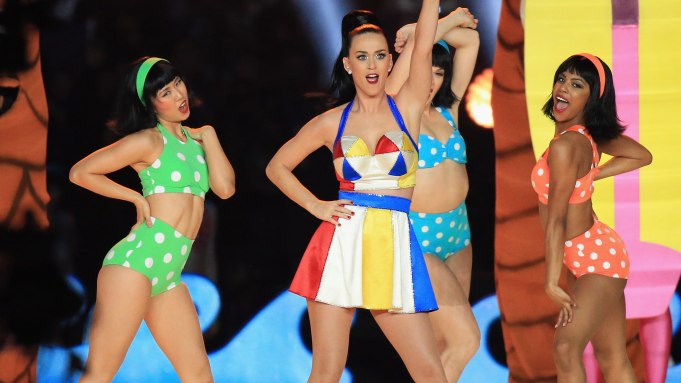 The performance started with Katy Perry riding on a giant robot animal before Kravitz came in to include a little rock ‘n’ roll.

What really set social media ablaze, though, was a surprise (despite some rumors) appearance by Elliott, bringing in nostalgia with old hits including “Work It.”

For her part, Perry put on a colorful show, performing such hits as “California Gurls” and “Teenage Dream” (with dancing sharks and beach balls) and closing the performance with “Firework,” floating through the stadium.

See the entire performance above.