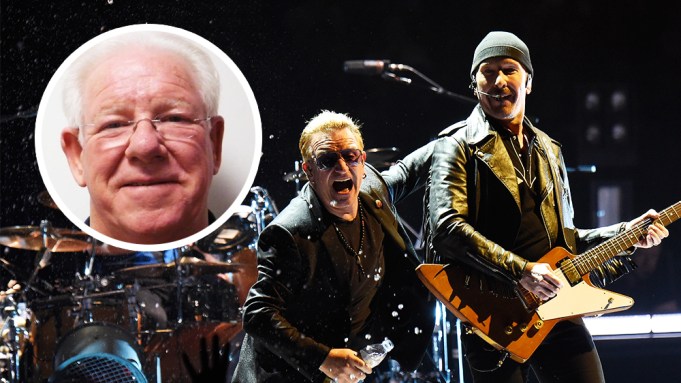 Dennis Sheehan, U2’s tour manager for more than 30 years, was found dead Wednesday morning in his hotel room after suffering a massive heart attack. He was 68.

The Los Angeles County Fire Department was called to the Marquis Hotel in West Hollywood at 5:30 a.m. on Wednesday for a reported cardiac arrest. Sheehan was pronounced dead at the scene.

“We’ve lost a family member, we’re still taking it in. He wasn’t just a legend in the music business, he was a legend in our band. He is irreplaceable,” U2 frontman Bono said in a statement.

“With profound sadness we confirm that Dennis Sheehan, U2’s longstanding tour manager and dear friend to us all, has passed away overnight. Our heartfelt sympathy is with his wonderful family,” added Arthur Fogel, CEO of Global Touring and Chairman of Global Music at Live Nation.

U2 had kicked off their five-date stint in Los Angeles just hours before at the Forum in Inglewood.

In 2008, he was awarded the Parnelli Lifetime Achievement Award — which are considered to be the “Oscars of the Live Event Industry.”