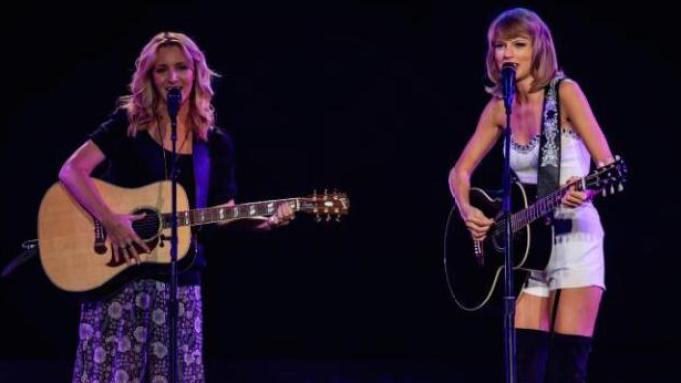 “She’s only ever played in coffee houses before. She’s never played in a big venue like this,” Swift teased about the Central Perk regular.

.@taylorswift13 got @LisaKudrow on stage to perform 'Smelly Cat' 😍😍 pic.twitter.com/F90IsokXcB

The crowd at the final leg of Swift’s “1989” L.A. tour stop also went crazy for her two other friends: Justin Timberlake and Selena Gomez.

She then sang Gomez’s new single, “Good For You,” alongside her close friend.