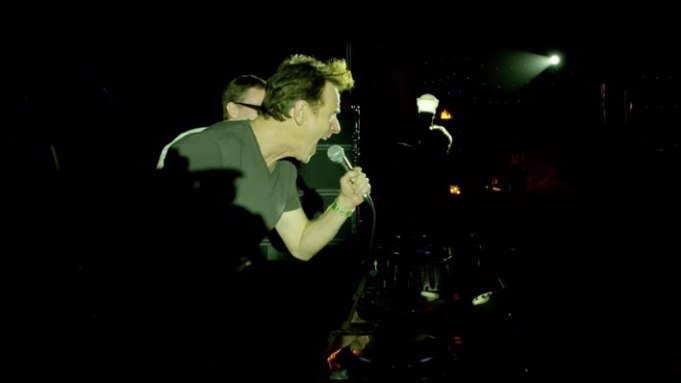 Just as Above & Beyond was about to play their 2013 song “Walter White,” Heisenberg himself appeared onstage, with Cranston speaking into the microphone, “Say my name,” a reference to one of the most famous and terrifying lines in “Breaking Bad.”

After the audience burst into applause, Cranston continued with the bit, saying, “You’re goddamn right.”

Cranston then had the honor of pressing the button that started “Walter White” on the stage’s sound system. The Emmy winner later tweeted about the evening, posting a video of the excited crowd.

After introducing the song, Cranston could be seen dancing and jumping up and down. The member of Above & Beyond have previously said that “Breaking Bad” is their favorite show, and the drama’s main character obviously inspired “Walter White.”

Electric Daisy Carnival will wrap up its final night in Las Vegas on Sunday.