Watch: Mariah Carey Receives Her Star on the Walk of Fame 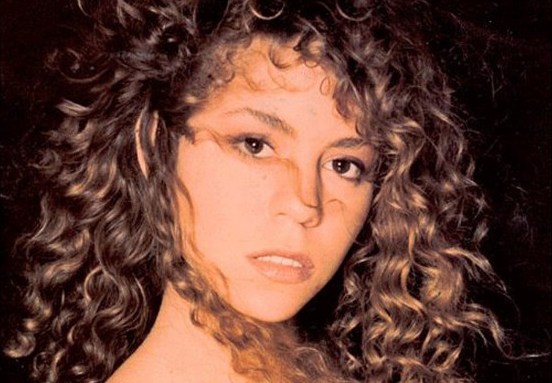 Mariah Carey does not have a cold. But her doctors have ordered her on vocal rest to keep her pipes in fighting shape for her Las Vegas residency at Caesars Palace, and the chanteuse proves elusive in sitting for a live interview. Communicating via email a couple weeks shy of her star ceremony on the Walk of Fame, with the Vegas show and new contract with Epic Records both in their nascent stages, she stresses the need to care for her instrument.

“Vegas is a very difficult climate for all singers I would imagine, because it’s so dry here,” she says. “You just have to get as much sleep as possible and use a lot of humidifiers and rest your voice whenever possible.”

While such concerns are paramount for anyone who makes a living singing, it’s easy to understand why Carey would be particularly finicky about maintaining her voice. More than perhaps any of her peers, Carey’s sheer vocal range and Olympian force are quintessential elements of her mystique — as the natural-born heiress to Minnie Riperton and Luther Vandross, Carey has carried the torch for ostentatious virtuosity in pop music for the last quarter decade.

Asked to evaluate her own impact on younger singers — her more obvious heirs include Christina Aguilera, Beyonce, Ariana Grande and any “American Idol” hopeful who’s ever tried to cram an entire chromatic scale into a single syllable — Carey has a hard time quantifying her influence.

“That’s a very difficult question to answer because it’s not just about a style of singing, it’s about a genre of music,” she says. “The record companies didn’t understand my collabs with hip-hop artists and producers, such as ‘Fantasy’ with ODB or ‘Heartbreaker’ with Jay Z. Now anyone would kill to have a record with Jay Z. I got a lot of flak for that.”

While it didn’t have the immediate impact of her first hit, “Vision of Love,” Carey’s 1991 No. 1 “Emotions” was the track that really established her voice as Top 40’s ultimate weapon of glass destruction. Demanding perhaps the widest mezzo-soprano range of any tune this side of Bizet, the single changed the shape of pop vocalizing just as much as Van Halen’s “Eruption” changed the electric guitar.

Like “Eruption,” “Emotions” wasn’t really much of a song — coasting on simple lyrics and melodies, the song’s title didn’t even bother to hide the resemblance to its almost identical predecessor, the Emotions’ “Best of My Love.” But as with “Eruption,” the song wasn’t really the point: Carey’s outrageous nightingale volleys high into the whistle register set a new standard for flash and technique in pop music. It wasn’t a matter of simply interpreting a song like the divas of old, finding its hidden crevices and secret emotional contours. It was about shredding the varnish off her chosen instrument, drawing a line in the sand between the real divas and the parvenus.

The secret to Carey’s longevity, however, was finding a number of lower gears to switch to. In the intervening years, she proved more than capable of tackling songs with greater subtlety and texture, tempering her imperious pyrotechnics with that most counterintuitive of diva virtues: quiet vulnerability. Which is not to say that her look-at-me swagger dissipated; indeed, her easy adaptability to the growing dominance of hip-hop-inspired R&B gave her yet another register. 1995’s “Fantasy” saw her team with the willfully off-key Wu-Tang Clan rapper Ol’ Dirty Bastard — roughly the equivalent of Van Halen hiring Sid Vicious on bass — but the wild stylistic disparity worked magically, and helped establish the R&B-rap collaboration as a reliable rainmaker to this day.

The key question now, however, is how long Carey can continue to adapt, chameleon-like, to the times. Her last new studio set, 2014’s “I Am Me. Mariah … the Elusive Chanteuse,” stands as her lowest-selling album ever, and the previous year’s prime-time single “#Beautiful” — the type of breezy summer jam that would have moved millions out of the box in her ’90s heyday — never quite breached the top 10. After a spate of hits and misses, she left her label home at Island Def Jam to sign with Epic, now under the same Sony Music umbrella as Columbia, where she started her career in 1990. Not coincidentally, Epic is headed by onetime IDJ topper and Carey confidante L.A. Reid, whom she calls “a creative genius, and one of the few left in the business.”

Carey basks in the Grammy spotlight at the 1991 ceremony. Photo: Rex Shutterstock

Her inaugural Epic release was last May’s “Number 1 to Infinity,” a greatest-hits set with a single new track titled, obviously, “Infinity.” Composed, like her Vegas show, of all 18 of her chart-toppers, the theme of the record served both as a gesture of omnipotence and a reminder of the kind of sales history that she has to live up to — with more No. 1 singles than any artist in history save for the Beatles, Carey’s songs have topped the charts for 77 cumulative weeks. (Placed alongside that kind of company, “Infinity’s” limited dent on the singles chart thus far can’t help but call attention to itself.)

Reid, however, takes a sanguine approach to the ups and downs of pop radio.

“I think there’s an expectation that Mariah Carey should have No. 1 records for the rest of her life,” Reid says. “And I think that’s great. But is that realistic? I’m not sure. Is it fair? I’m not sure, because then the moment that she doesn’t have a No. 1 she’s judged as being unsuccessful. But in some ways it’s a vote of confidence that people have such high expectations for her.”

The last time Carey’s spot in the pop constellation looked even remotely unsure, Reid was on tap to steady the foundations. Fallout from her disastrous film “Glitter” and a string of nonstarter singles from her 2002 album “Charmbracelet” led to plenty of gleefully ungenerous press, but she regained her mojo once Reid came on as chairman of IDJ. “We Belong Together,” a comparably stripped-down, understated torch song, notched 14 weeks at the top of the singles chart in 2005, and the album that followed, “The Emancipation of Mimi,” has sold more than 12 million copies worldwide.

“We Belong Together” was her biggest collaboration with producer-songwriter Jermaine Dupri, and Reid looks to their partnership as an elemental asset going forward.

“I love it when Mariah works with a great pianist, or a great composer,” he says. “I like to go that way as opposed to beat-makers. No disrespect to the beat-makers, but I prefer composers.

“Dupri, surprisingly enough, is a composer. Because he’s a hip-hop kid you might think of him as a beat-maker, but ‘We Belong Together’ is a real song. That’s Jermaine Dupri. I don’t know of anybody else that she has that magic with.”

Of course, there’s another key element to the creative team behind the Mariah Carey hitmaking machine: Carey herself. Of her 18 Billboard No. 1 singles, the only one without Carey’s name on the copyright is her cover of the Jackson 5’s “I’ll Be There.” Pop stars can often end up with songwriting credits that reflect contractual imperatives more than actual musical contributions, but Carey has always been the real deal, and still chafes at the lack of respect for her craft.

Carey’s stint on “American Idol” was sensationalized by rumors of a feud between her and co-judge Nicki Minaj.

“I’ve always been a songwriter first, even with the first demo I had. They were my songs,” Carey says. “Some people still don’t realize that to this day and it’s very annoying. I’ve gotten so many awards as a songwriter and I’m very grateful for that, but I can’t help if people look at me more as a diva than as a songwriter because they never see beyond the image.

“I don’t want to sound bitter because I’m not,” she adds. “I love songwriting and I will write songs for the rest of my life.” And like any songwriter, Carey has her personal favorites that never quite made it into the canon.

“There are a lot of songs (dear to my heart) that didn’t necessarily make it to No. 1, like ‘Can’t Let Go’ or ‘Make It Happen,’ or some of the album cuts that were never released. Random songs like ‘Migrate’ from ‘E=MC2.’ ‘Underneath the Stars’ from ‘Daydream.’ … Much of the time the record label wouldn’t want to release the same single as I did.”

Serving the demands of the marketplace while still satisfying her own muse takes time, however, and Reid says there’s no talk of rushing her into the studio.

“If there was such a thing as a musical wife, mine would be Mariah Carey,” Reid says. “When Mariah’s ready to write songs, I’m there to listen. It’s all up to her. There’s no pressure from me or pressure from the label to have her deliver. She’s already delivered some of the greatest music ever. When she’s comfortable, I think she’ll do it again.”