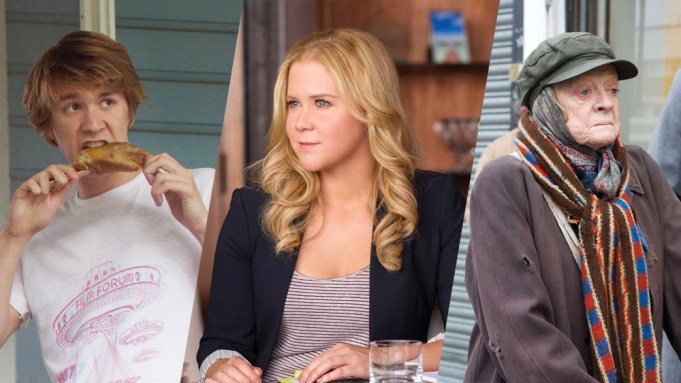 The most fervent of the detractors of the Hollywood Foreign Press Assn. prefer to obsess over the group’s Golden Globes balloting lapses, while obstinately overlooking the org’s real awards voting history.

For every Pia Zadora, there are dozens of Globes winners that consistently demonstrate a seriousness of purpose that regularly matches or surpasses the Academy’s Oscar champions.

The HFPA’s track record of rewarding edgier, more demanding achievements in the dramatic film category is ironically the benefit of the group’s recognition of comedies and musicals.

Cynics will say having both film drama and comedy/musical Golden Globes categories means more stars on the HFPA’s red carpet and awards TV broadcast and more tables sold to the producers. Those are certainly byproducts, but the more significant impact of the acknowledgement of lighter efforts is the ability to double-down on rewarding the more demanding serious fare.

Striking recent examples abound. The critically acclaimed experimental indie “Boyhood” won the Globe over 2014 Oscar winner “Birdman.” The harder-edged critics’ fave “The Social Network” triumphed over 2010’s “the King’s Speech.” In 2005 and 2006, the former year stands as bold an example as any fair-minded observer of the group could find. Detractors of 2005’s Oscar best picture, “Crash,” are still bemoaning the fact that the small, independent social drama surprised Oscar-watchers by stealing the crown from the much-lauded “Brokeback Mountain.” While the muttering about the Academy turning its back on the gay-themed film still resonates across the internet, critics of the HFPA are quick to forget that org proclaimed “Mountain” its top drama of the year.

Perhaps somewhat less dramatically, but in another clear case for edge and experimentation, the next year the Academy surprised pundits and perhaps promotion teams by giving Martin Scorsese an honor that had long eluded him, bestowing the best picture honor on his tough crime tale, “The Departed.” Over in Golden Globes land, however, Alexandro Gonzalez Inarritu’s non-linear globe-spanning social statement drama, “Babel,” scored the top drama prize. In both cases, the Globes choices exhibited an appreciation for bold and daring cinema over a contemporary melodrama and a tradtional crime yarn.

Academy voters had to choose between 1998’s “Shakespeare in Love” and “Saving Private Ryan.” Many awards season historians cite that year as the beginning of the modern era of awards campaigning, as then-Miramax topper Harvey Weinstein spent, strategized, politicked and coaxed his sunny period comedy pic’s surprise win over Steven Spielberg’s celebrated and somber WWII tale.

But going even deeper into the HFPA’s voting history reveals an uncomfortable truth for the group’s sternest critics: in terms of quality choices validated by time, the group’s awards usually either matched the Academy’s picks or went to even more challenging selections.

Seventy years ago, when the Globes were still in their infancy, a young actress who missed out on an Oscar for her performance in “The Picture of Dorian Gray” took home the Globe at the 1945 ceremonies. Her name: Angela Lansbury.

In 1949, Laurence Olivier’s masterful adaptation of the Bard’s “Hamlet” took home the Oscar for best picture, but ironically, the foreign journalists chose an equally worthy American film: John Huston’s masterpiece, “The Treasure of the Sierra Madre.”

In the ’50s, when the Academy was helping promote frothy, colorful entertainments from studios increasingly desperate to ward off the threat of television, the HFPA regularly expressed support for the pushing of envelopes, not the stuffing of same.

The examples of HFPA choices that have endured over time are myriad.

In 1960, while the Academy voters were granting their best picture Oscar to Billy Wilder’s masterful comedy “The Apartment,” the HFPA did something the Academy never did: it awarded the best picture prize to a Stanley Kubrick film: “Spartacus.”

As for that still-controversial Pia Zadora selection as “most promising newcomer,” other more durable selections in that category are conveniently overlooked. Richard Burton garnered that honor in 1952, Shirley MacLaine in 1955, Robert Redford in 1966, James Earl Jones in 1971 and Bette Midler took the prize in 1980.

Of course the HFPA, like the Academy, has never been averse to wildly overpraising the frivolous and frothy, but in almost every case it was marching in lockstep with the Academy, not taking a lower road.

For instance, the film regularly cited as worst ever named as Oscar best picture, Cecil B. DeMille’s silly, overwrought 1952 circus “thriller,” “The Greatest Show on Earth,” also took home the Golden Globe for best drama. However, the Academy did save its director trophy for the legendary John Ford, for “The Quiet Man.”

For the record, “Quiet Man” was a comedy, which leads us full circle to this year’s questionable Globes categorization of “The Martian” as a comedy. There’s already much sturm und drang around the bizarre blurring of lines between “comedies” and “dramas” but students of the Oscars and Globes knows this is a “controversy” that is as inevitable as it is frequent.

If a close reading of awards season history tells us anything, one needs to look past the labels — and the organizations — to find the cinematic gems that only the passage of time can certify as the real “winners.” In this regard, the HFPA’s film honors are in fact … quite honorable.