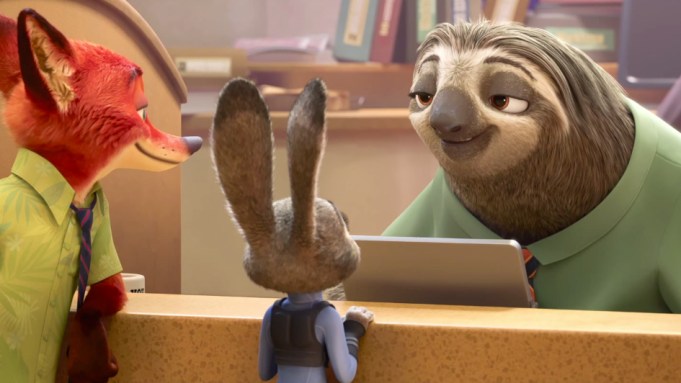 The new trailer for the animated feature “Zootopia” proves that sloths run the DMV.

The trailer, released by Walt Disney Animation Studios on Monday, focuses on Flash (voiced by Raymond Persi) — the “fastest” sloth working at the DMV. Rabbit police officer Judy Hopps (Ginnifer Goodwin) gets more (or less, technically speaking) than she bargained for when her partner, scam-artist fox Nick Wilde (voiced by Jason Bateman), takes her to the DMV to run a license plate number.

“Zootopia” is set in a civilization led by animals devoid of human interference, complete with habitat neighborhoods like the ritzy Sahara Square and the frigid Tundratown.