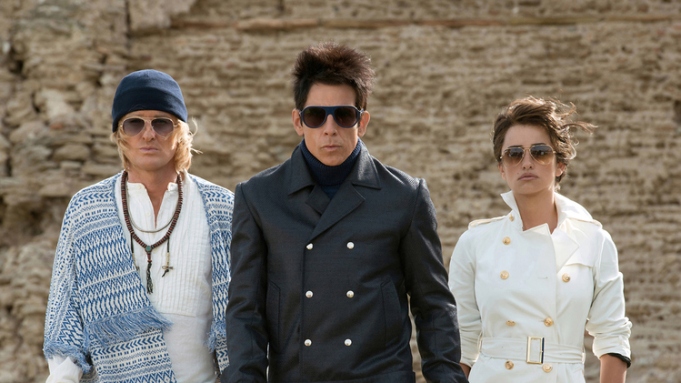 The first full-length trailer for “Zoolander 2,” released by Paramount on Wednesday, includes cameos from Benedict Cumberbatch and Justin Bieber.

Now the laughing stock of the fashion industry, Ben Stiller (who plays dimwitted male supermodel Derek Zoolander) and Owen Wilson (Hansel) return to stop the most beautiful people in the world — aka Bieber, Miley Cyrus, Demi Lovato, Usher and Lenny Kravitz — from being assassinated.

Will Ferrell is back as criminal mastermind Jacobim Mugatu, while Penelope Cruz comes on board as an Interpol secret agent and Kristen Wiig joins the film as a nearly unrecognizable fashion designer.