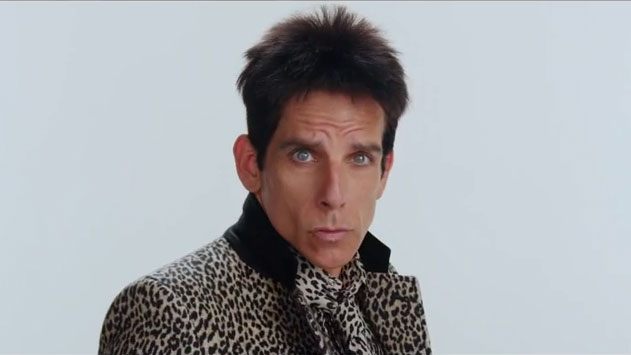 After its premature online debut on Saturday, Paramount officially released the trailer for Ben Stiller’s “Zoolander 2” on Sunday, taking a look into Derek Zoolander’s brain.

Featuring such jokes as a throwback to Zoolander’s mispronunciation of eulogy (“eugoogly”), the trailer flies through Zoolander’s inner workings, with a Stephen Hawking-like narrator explaining the Big Bang Theory. The male model interrupts the serious dialogue with his own question.

“If God exists, why did he make ugly people?”

Zoolander then argues with the narrator over the styling of the sequel’s title, confused by both “2oolander” and “Zoolander II.”

Stiller returns to play Zoolander in the sequel to the 2001 cult favorite comedy, which follows a dim (but really, really good looking) male model as he unwittingly becomes an assassin. Owen Wilson, Christine Taylor and Will Ferrell will also return to star. Kristen Wiig, Billy Zane, Fred Armisen, Justin Bieber, Kim Kardashian and Kanye West are set to make appearances as well.

Stiller is directing the comedy from a script he wrote with Justin Theroux. “Zoolander 2” is set to hit theaters Feb. 16, 2016.