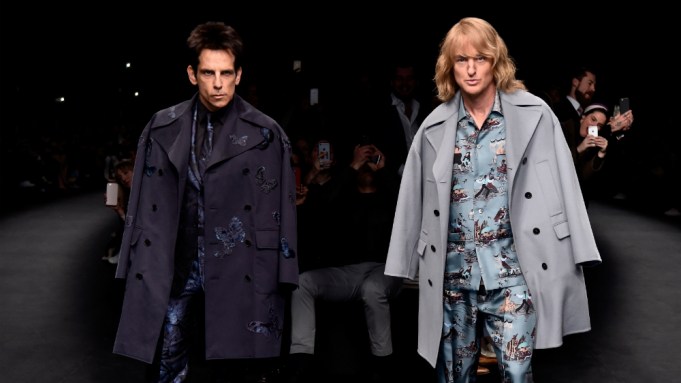 The really, really, ridiculously good-looking pair displayed their best Blue Steel during the Valentino Fashion Show finale at Espace Ephemere Tuileries in Paris, France, and got some face time with Vogue editor Anna Wintour backstage. Watch their walk-off below:

The sequel is written by Stiller and Justin Theroux — who last teamed on “Tropic Thunder” — with Stiller set to direct. The 2001 original grossed $60 million worldwide on a budget of $28 million, and has since become ingrained in pop culture thanks to Stiller’s memorable poses and self-aggrandizing quotes.

Penelope Cruz is the first new star to sign on for the sequel, with Will Ferrell expected to reprise his role as Mugatu.