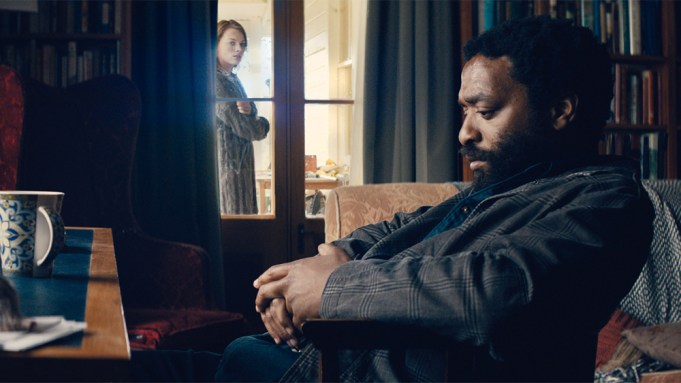 Lionsgate and Roadside Attractions have released the first “Z for Zachariah” trailer, two months before the Aug. 21 release of the post-apocalyptic thriller.

“After the end of the world, one place was spared,” the tension-packed trailer begins.

Robbie stars as the only resident of a fertile valley that survived a nuclear war. She meets two more survivors, first bonding with Chiwetel Ejiofor’s scientist, who’s suffering from radiation exposure. That friendship unravels when Chris Pine’s character emerges from the surrounding forest.

“Z for Zachariah” debuted at the Sundance Film Festival in January. Craig Zobel directed from Nisar Modi’s script, based on Pete O’Brien’s novel, published posthumously in 1974.