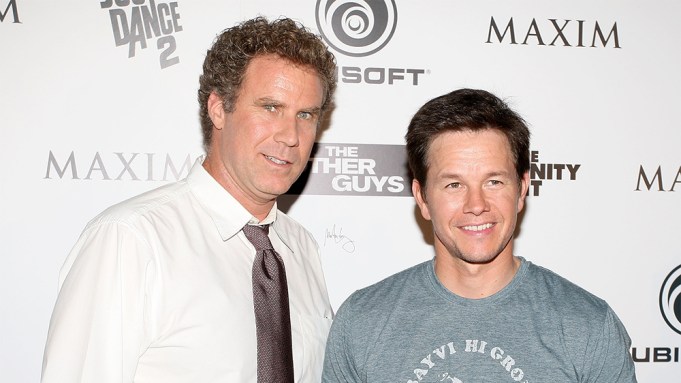 Paramount has released a new trailer for Will Ferrell-Mark Wahlberg comedy “Daddy’s Home,” just ahead of Father’s Day.

Ferrell portrays a mild-mannered radio executive who strives to become the best possible stepfather to his wife’s two children. Wahlberg plays their freeloading father — who everyone seems to adore in the new trailer.

“There is no way this man is not your better in every way” a Spanish-speaking limo driver tells Ferrell’s character.

The fathers wind up competing for the affection of children, culminating in a scene where Wahlberg’s character has scored courtside seats for a Lakers game. The trailer includes footage that’s already gone viral of Ferrell hitting a cheerleader (played by Taryn Terrell) in the face with a basketball.

Ferrell and Wahlberg previously collaborated on the cop comedy “The Other Guys.” Sean Anders directed from a script by Brian Burns, with revisions by Anders, John Morris, Chris Henchy, Adam McKay and Etan Cohen.

Morris is producing with Ferrell, Henchy and McKay through their Gary Sanchez Productions banner.  The executive producers are Riza Aziz, Joey McFarland and David Koplan of Red Granite Pictures.