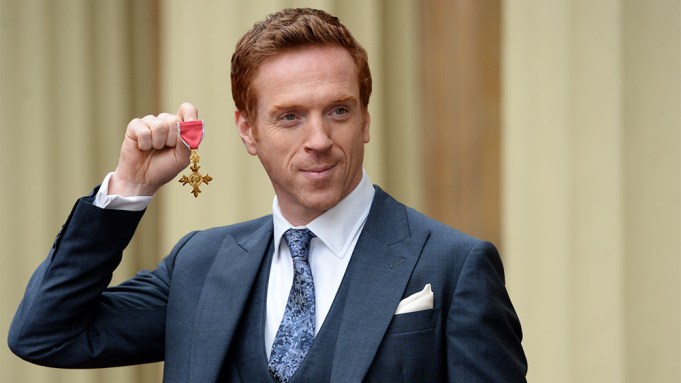 LONDON — Rumors that Damian Lewis could become the next James Bond have forced U.K. bookmakers to slash their odds on him taking the role. Meanwhile, 007 production company Eon Productions has released behind-the-scenes footage of the opening sequence of the latest Bond film, “Spectre.”

Odds on the former “Homeland” star stepping into Daniel Craig’s shoes have tightened from 25/1 to 3/1, according to Britain’s biggest bookmaker William Hill. The bookie’s favorite remains former “The Wire” and “Luther” star Idris Elba, who is 5/2. Other actors in the running include Tom Hardy (4/1), Henry Cavill (5/1), Michael Fassbender (7/1) and Orlando Bloom (12/1). The odds that “Spectre” will be Craig’s last appearance as Bond are 10/1.

“This is an unprecedented gamble, as for no apparent reason we have seen bets of up to £200 ($312) on Damian Lewis being named as the next Bond. This could well be significant and might herald the end of Daniel Craig as the world’s most famous spy,” William Hill spokesman Rupert Adams said.

Lewis’ recent credits include “Wolf Hall,” in which he plays Henry VIII, and Werner Herzog movie “Queen of the Desert,” while upcoming productions include Showtime’s New York-set drama series “Billions,” in which he plays Wall Street dealer Bobby “Axe” Axelrod. Last year saw him appear in “The Silent Storm,” whose exec producers include 007 producers Barbara Broccoli and Michael G. Wilson.

Broccoli and Wilson’s Eon on Monday released on YouTube and Eon’s website, 007.com, behind-the-scenes footage of the opening sequence of “Spectre.” The sequence, which is set during the Day of the Dead festival in Mexico City, employed 1,500 extras.

“I wanted the audience to be dropped right into the middle of a very, very specific, very heady, rich environment. It’s the Day of the Dead, everywhere you look there’s color and detail and life. We’ve built floats and maquettes, the costumes are extraordinary and the craftsmanship is amazing,” “Spectre” director Sam Mendes said.

The movie is released in theaters on Nov. 6.