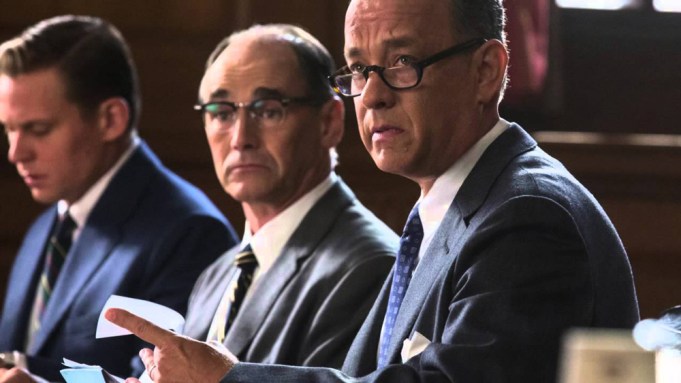 Tom Hanks returns to a war zone (this time, unequipped) in the first trailer for Steven Spielberg’s film “Bridge of Spies.”

The movie comes 17 years after Spielberg won a directing Oscar for the WWII drama “Saving Private Ryan,” which starred Hanks.

Set at the height of the Cold War, based on a true story and displaying only a few booms and blasts, the film depicts a war that does not “involve men at arms; it involves information” in the conflict between the Soviet Union and the United States. Hanks plays insurance lawyer James Donovan, who’s tasked by the CIA to represent a Soviet spy in U.S. court in 1957, then negotiate a prisoner swap five years later.