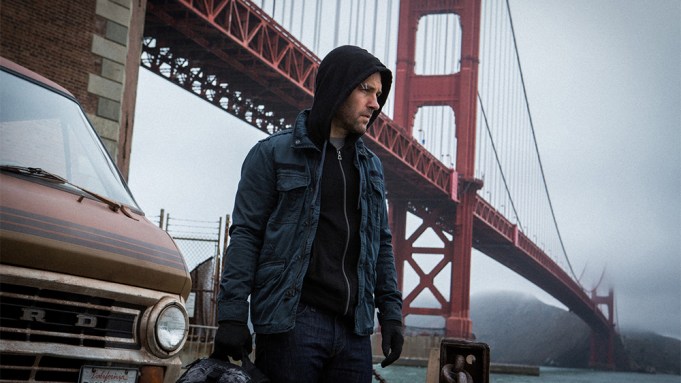 Marvel has unveiled the best (human-sized) look at “Ant-Man” yet.

The almost two-minute trailer for the superhero pic, starring Paul Rudd, was released during the “Agent Carter” premiere on ABC Tuesday night. It’s the first real look at Rudd as the tiny hero, with only a short teaser having been released last week.

“I need you to be the Ant-Man,” says Michael Douglas’ character, Dr. Hank Pym, to Rudd’s in the clip.

“One question,” Rudd responds. “Is it too late to change the name?”

The footage gives a glimpse of Ant-Man in action, as well as some tender family moments. Rudd plays conman Scott Lang, who must help mentor Dr. Hank Pym protect the secret behind his Ant-Man suit.

For those craving more comicbook sneak peeks, Marvel is set to debut new footage of “Avengers: Age of Ultron” during the Jan. 12 college football game on ESPN.