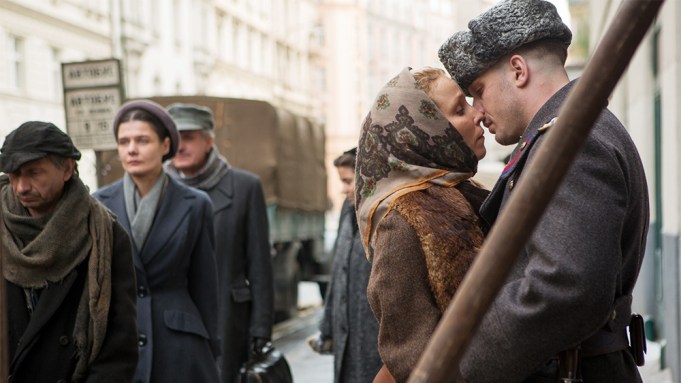 Lionsgate has released a new trailer for the thriller “Child 44,” starring Tom Hardy, Gary Oldman and Noomi Rapace, three months ahead of its April 17 launch in the U.S.

The story, set in Stalinist Russia in 1952, centers on a senior member of the secret police framed by a colleague for treason and exiled to a remote outpost, where he unearths a series of 44 mysterious murders and vows to catch the elusive killer.

“I thought you might like to know — there’s been another,” Hardy’s character is told at one point.