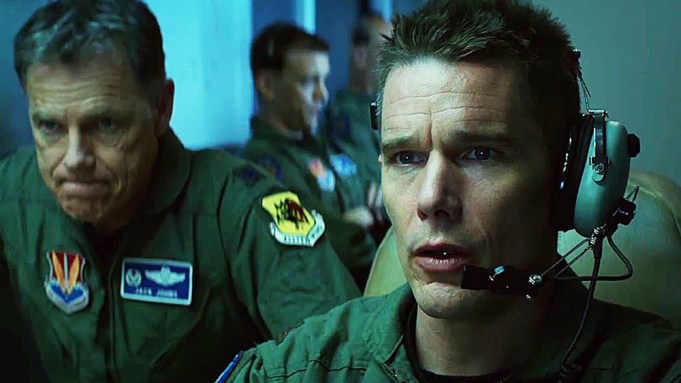 Combat now unfolds like a video game as Hawke — a former Air Force pilot with six tours of duty under his belt — works eight hours a day fighting the Taliban by remote control from an air-conditioned bunker. He soon begins to question the ethics of dropping bombs from the safety of his post in Las Vegas.

“Good Kill,” which debuted at the Venice Film Festival, hits theaters on May 15.