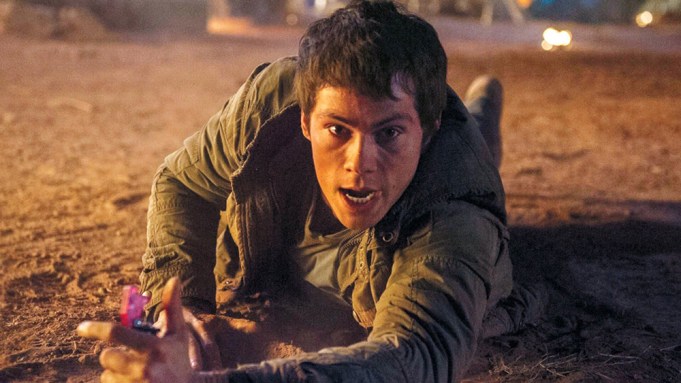 Dylan O’Brien is off and running again in the new trailer for “Maze Runner: The Scorch Trials.”

The follow-up to 2014’s “The Maze Runner,” based on James Dashner’s YA novel, “Scorch Trials” finds O’Brien’s Thomas finding that life outside of captivity is just as dangerous. The latest clip offers more footage of “The Scorch,” the post-apocalyptic wasteland that took centerstage in the sequel’s first trailer.

Kaya Scodelario, Thomas Brodie-Sangster and Ki Hong Lee reprise their roles in the sequel, with Ball returning to direct.