Watch: Kristen Wiig Wins the Lottery in ‘Welcome to Me’ Trailer 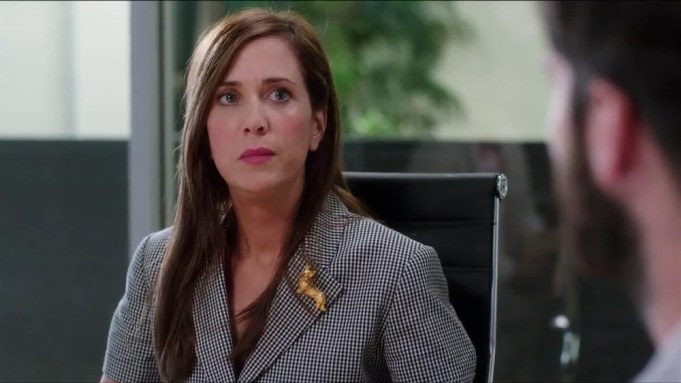 Kristen Wiig is self-obsessed, to say the least, in her new film “Welcome to Me.”

Wiig falls off her rocker in the film’s first trailer after winning $86 million in the lottery.

The newfound wealth inspires the fame-hungry Alice, who suffers from borderline personality disorder, to spend all the dough on a TV show about herself, stop taking her meds and live in an Indian reservation casino.

The movie also stars James Marsden, Wes Bentley, Joan Cusack and Tim Robbins. The film, which premiered at the 2014 Toronto Film Festival, is directed by Shira Piven (Jeremy Piven’s sister) and produced by Wiig, Will Ferrell and Adam McKay, among others.

“Welcome to Me” hits theaters on May 1.