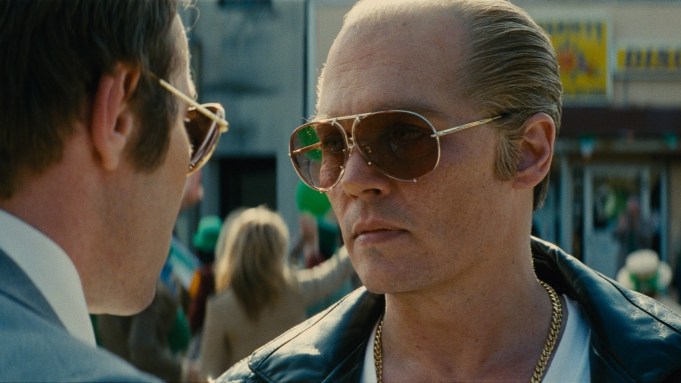 Johnny Depp’s take on Whitey Bulger is not someone to mess with.

While a previous trailer offered a glimpse of Bulger’s domestic life, the latest clip is strictly business. In it, Depp wields a lot of firepower and also wheels and deals with Joel Edgerton’s and Benedict Cumberbatch’s characters, underscored by Yelawolf’s pulsing single “Till It’s Gone.”

“We’re just getting started,” Depp says in the clip, referring to Bulger’s notorious gangster activity in Boston from the 1970s to the ’90s. Kevin Bacon, Dakota Johnson and Corey Stoll also star in the Warner Bros. release.

The gangster pic will have its world premiere at the Venice Film Festival.