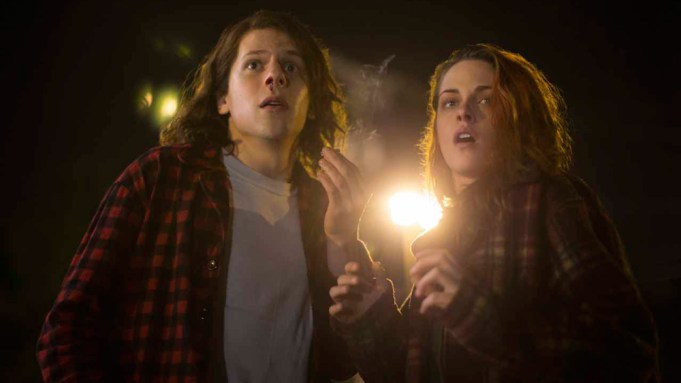 Lionsgate has released the final trailer for the Jesse Eisenberg-Kristen Stewart starrer “American Ultra” a month before its Aug. 21 release.

The action-comedy’s trailer, replete with expletives and gun play, reveals that Eisenberg’s stoner character is actually a highly trained secret agent who doesn’t realize he’s a secret agent until he becomes the target of a government operation to wipe him out.

He’s set into motion by a CIA operative calling him “Cherry Progressive” at a convenience store, followed by his killing two operatives with a spoon. “I have a lot of anxiety about this,” he tells his girlfriend, portrayed by Stewart.